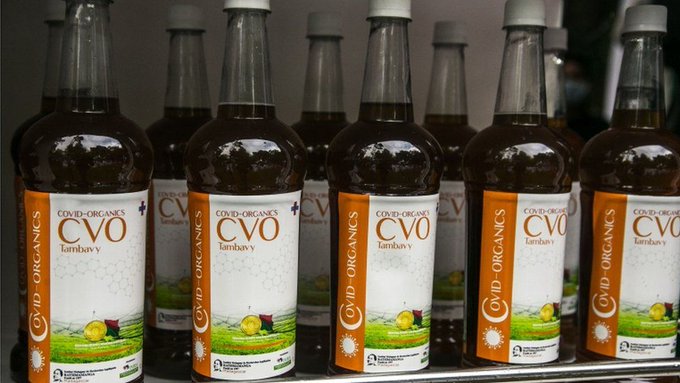 A 57-year-old man, who developed complications after testing positive for COVID-19, has died in Toamasina, a city in Madagascar.

Hanta Vololontiana, spokesperson for the coronavirus operational command centre, confirmed the development on Sunday, stating that the man died on Saturday.

Two other people who are also down with severe complications are “still in intensive care”.

Twenty-one new cases were confirmed in the East African country on Sunday, bringing the total to 304 COVID-19 cases, since confirming its first case on March 19, the Malagasy press agency reported.

The state of emergency declared on the health sector has been extended until May 31, and President Andry Rajoelina is expected to address the nation at 8pm later today.

Madagascar has been in the news in the past few weeks over its herbal remedy, which it claims can be used in the treatment of COVID-19.

Speaking on the effectiveness of the tonic in a recent interview with France 24, Rajoelina said: “COVID-Organics is a preventive and curative remedy against COVID-19. It works really well and it is as a result of the research carried out by the Malagasy Institute of Applied Research which has the status of an original research centre.”

Nigeria, among other African countries, has received a consignment of COVID-Organics, the herbal remedy from Madagascar, which President Muhammadu Buhari said would undergo a verification process before it will be put to use.

Many People Tried  Discouraging My Wife From Marrying Me –Adebayo, Governing...

What Nigerian Disabled Community Can Look Forward to in a Biden-Harris...