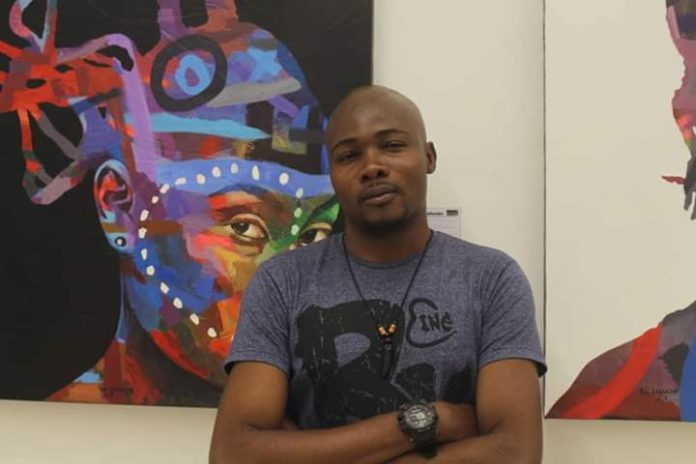 Richard Olaoluwa Ayobami Ezekiel, a native of Imoga in Akoko-Edo LGA of Edo State. He was born and bred in Ibadan and attended God’s Grace Nursery and Primary School, Monatan, Ibadan for his primary education after which he proceeded to Monatan High School, Iyalode, Ibadan to commence his secondary education.

Meet Richard Ezekiel as he shares inspiring story to encourage others:

JOURNEY INTO DEAFNESS
I got my report card for JSS1 first term examination on Friday 1st of August, I was promoted in flying colours. The Saturday that followed was a very busy one for me, as I was engaged in rehearsal towards the church Children Anniversary in which I had several roles to play. It was a very stressful weekend for me. On Sunday, 3rd August, 1998, I returned home after the children anniversary at church. And I was at home with mom and my siblings as Dad was away at Asaba on official assignment. That evening, I was attending to my mum in the Kitchen when suddenly auditory signals around started going down gradually. My mum called me and seeing that I was not responding had sprinkled warm water on me with the ‘igbako’ in her hand. She thought I had, perhaps, dozed off. The last thing I heard her said was “se o gbo pe mo n pe e ni” (didn’t you hear me calling you) and there and then everywhere became silent gradually, just like that.

Startled by the occurrence of hearing loss, my mum, a devout Christian, immediately took me to her pastor. The latter made effort to assure her that all would be well. I woke up into the next morning seriously ill. I was taken around for healing and recovery of my hearing. We visited different healing homes of different religion affiliations. I was taken to ENT (Ear Nose and Throat) specialists at UCH, Ibadan. I spent the whole of first term of the supposed JSS2 at home recuperating. I saw death but I am still here. I recovered my health but not my hearing, and that changed the course of everything for me.

Before the beginning of second term of JSS2, I was already running around and playing soccer with other kids in the environment. My classmates visited my mum and asked that I should be allowed to return to school, one of them (Akeem Kareem) even volunteered to accompany me to and fro school daily. With this, I returned to my regular school, but the difference yet remained. I was able to keep up at my academic performance and some other activities like debating and playing football. I was lip-reading for communication.

When I wrote the Junior Secondary Certificate Examination (JSCE) at JSS3, I was marked absent by the invigilators on mathematics examination day. This was because I didn’t respond when the attendance register was being called because I could not hear my name. As a result of this, I failed Maths but had credits in other subjects. I had to repeat the class.

After the second JSCE I had excellent grades this time and I was fit for a science class but the school authority called my mum and advised them to enroll me in a special school. Following this, my mum contacted my godmother who also has a deaf daughter. She led us to Methodist Grammar School, Bodija, Ibadan. At this integrated school, I was enrolled into “Deaf Unit” of the school and I commenced SS1 in Social Science department because there was no science department provision for deaf students.

I was introduced to sign language at this school. Initially, I felt so ashamed. I would join the hearing students on assembly ground only to later return to the deaf unit for my classes. Gradually, I integrated myself into the Deaf unit and began associating with other deaf students and accepted sign language. I completed SS3 at the deaf school with a good result.

I have always had interest in acting, so, when I had an opportunity to meet with the then HOD of Theatre Arts Department, University of Ibadan, Dr. Remi Ademola Adedokun, I grabbed the opportunity and shared my passion with him. All he responded was ‘how can we make ourselves eligible to you?’. I seized this offer and pursued my admission into the department through Distance Learning (DLC) programme that University of Ibadan offered. The department forged me into a thespian that I am today.

After my DLC program in Theatre Arts, which was not easy at all being the only deaf student that enrolled in the department, I went to Abuja for an international theatre production but when I got there the story changed and the production wasn’t as I thought so I got stuck in. There, I was toiling with the help of some people until I managed to secure a job in a hotel as an house keeper.

After a year, I decided to continue with my education and pursue my degree programme. I made several efforts to secure admission at three different public universities within six years in a row, but I was unable to secure admission for the course I desire which was Theatre Art / Creative Art. I had an alternative of History / International Relations, I couldn’t get admitted for that either. I made a lot of effort to meet up with admission requirement. I even re-wrote the Senior Secondary Certificate Examination (SSCE) for a better result, but admission policies kept going against my favour.

I wanted a course that I can be confident in and can boost my career path not just to obtain certificate. I already registered my company (Magic Finger Entertainment Productions) with CAC during my time as an House Keeper so I said to myself, bye with a degree in Nigeria, it is frustrating and if I will go to any Nigerian university it must be a private one that’s very good and fast. Man wey go kuku chopu frog, sebi make e chopu the one wey get egg for belle. This is one reason when young deaf told me that they are thinking of leaving school or not going when they have all the help, I always encourage them to go to school and get the certificate and NOT try to imitate me as what I’ve been through may not be something they can bear at all. The system requires certificate and being an entrepreneur in a country with shallow budget for education and also epileptic power and bad roads is NOT a child’s play.

I have acted extensively on stage and lost count of how many places. I am a theatre producer and I have featured in films and documentaries and I am the CEO of Magic Finger Entertainment Productions. I’m also a photographer capturing moments. In addition, I am into contemporary dancing and that’s very personal to me because it is really very spiritual body, mind and soul kind of thing.

Sign Language made me a new citizen of Deaf community. It gave me a new identity as I realized it is a culture in itself and I am a culture enthusiast. Made me a new man in a strange world that I tried to avoid out of ignorance, a new world I am conquering. Sign language is my identity and compass for navigating through Deafhood.