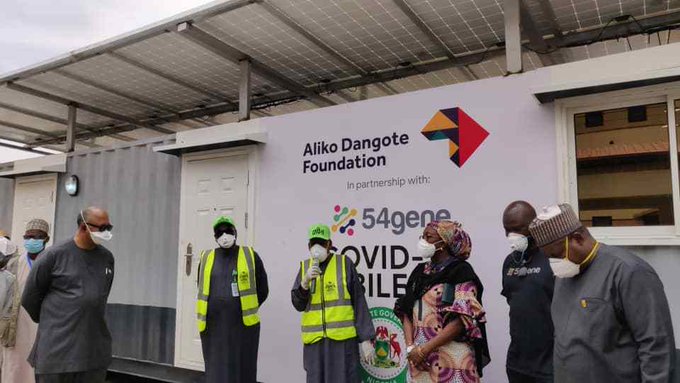 The Dangote foundation has donated a mobile laboratory for testing covid 19 suspects to Kano state government, in a bid to curtail the spread of the virus in the state.

Speaking while presenting the equipments, the head of Dangote foundation zouera yousoufo said the gesture was aimed at supporting Kano state government’s efforts at containing the spread of the virus.

She said Alhaji Aliko  Dangote was disturbed with the high increase of those infected with covid 19 in Kano, hence the for concerted efforts to put an end to the virus.

He charged wealthy individuals in Kano to emulate the kind gesture of Alhaji Aliko Dangote, Saying the fight against covid 19 was not government responsibility alone but a collective one.

Breakthrough cure for AIDS: HIV to be defeated with single injection — Study