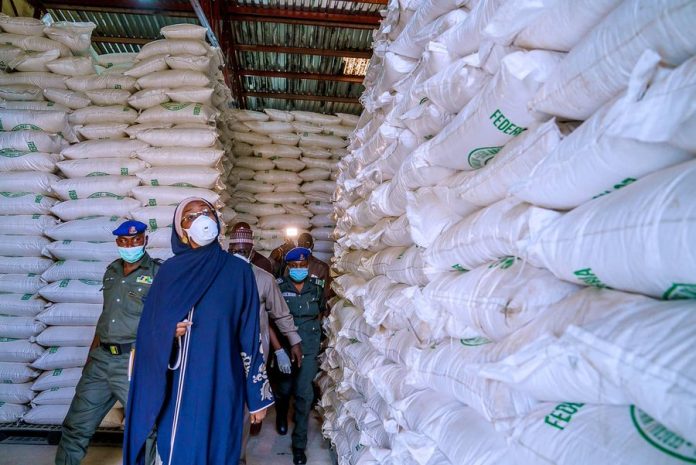 The federal government says the rice distributed to south-west states, as part of palliative measures to cushion the effects of the lockdown, are fit for consumption.

Sadiya Umar Farouk, minister of humanitarian affairs, disaster management and social development, stated this at the presidential task force briefing on COVID-19 in Abuja on Monday.

“This rice was handed over to us by the Nigerian Customs Service and was assessed by National Agency for Food and Drug Administration and Control (NAFDAC) who issued a clearance before the goods were released for onward distribution to the states,” she said.

“So, as far as we are concerned, this rice was certified and is fit for human consumption.”

TheCable had reported that Debo Akande, an aide to the governor of Oyo state, said the bags of rice the federal government gave the state were infested with weevils.

However, Sadiya expressed disappointment with the way the issue was handled.

“We had an issue in Oyo, which was officially reported this morning, but two or three days back, we’ve seen news flying around that all the rice that we took to the south-western part of this country is bad. I want to say here very categorically that that is fake news. It’s not true,” she added.

“Even as of this afternoon, I spoke with the chairman of the Nigerian Governors’ Forum and he assured me that when he received his, Ekiti’s and [that of] other states are in good condition.

“We all know that even in our houses if we keep foodstuff, especially grains of that nature in a damp place, it is bound to have some colouration or change in colour, but that does not mean that it is not fit for human consumption.”