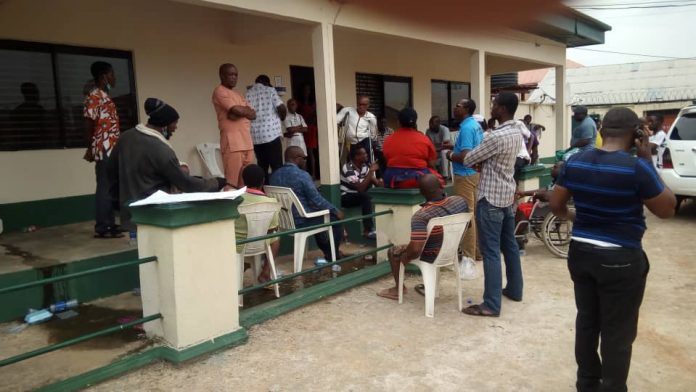 The gesture by the Governor was delivered through the Secretary to the State Government and Chairman Abia State COVID-19 Task Force Committee Bar. Chris Ezem to the State Chairman of JONAPWD, Mr. Stanley Onyebuchi and other stakeholders.

Speaking shortly before releasing the pallatives, Ezem said “I’m happy to meet the Abia people with Disability today, I heard you people came here with anger to protest why the government of Okezie ikpeazu did not release palliative to you people.

“I’m here to tell you that his government has never and will never exclude PWDs in his government. He has been friend to PWDs and will continue to do so. PWDs voted immensely for him during election, and he promises to carry them along.

“Today, standing on the instructions from the Governor the palliative materials will be released now to you people.”

Responding, the State JONAPWD Chairman Comr. Stanley Onyebuchi who expressed appreciation to the government for the gesture, promised that it will be evenly distributed to Abians with disabilities from the 17 Local Government Areas.

According to him, “We are very happy but we heard that we are on the second phase of the release of palliative materials. Sir, please, we are the most vulnerable group in the society and should be among the first groups to receive these.

“We are not fighting only for us here but for our people in the rural areas that can’t talk, see or move. I promise you that these materials will get to the 17 L.G.A of the State starting from today.”