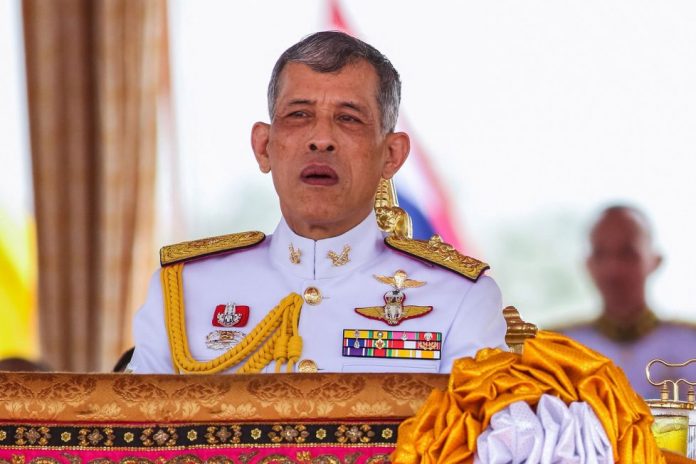 But rather than isolate, he moved in a harem of 20 concubines along with a team of servants, the UK paper said, citing German tabloid Bild.

The king, widely known as Rama X, planned an even bigger party — but 119 members of his entourage were forced to return to Thailand amid fears they had the potentially deadly bug, the report said.

It was not clear if his fourth wife, former flight attendant Suthida Tidjai, was even with him.

His takeover made local news because hotels in the region have been forced to close to stem the spread of the deadly coronavirus.

But the Grand Hotel Sonnenbichl was given special permission to host the king and his entourage because “the guests are a single, homogenous group of people with no fluctuation,” a spokesperson for the local district council said, according to the report

The often controversial Thai king’s extravagant move sparked further outrage in his homeland — with the hashtag “Why do we need a king?” appearing 1.2 million times on Twitter within 24 hours of news of his German trip first breaking, the Independent said.

Vajiralongkorn is not thought to have made a public appearance in his country since February, the Times of London said — even as it records more than 1,500 coronavirus cases and nine deaths as of Monday, according to Johns Hopkins University data.

Vajiralongkorn became a constitutional monarch when his father, King Bhumibol Adulyadej, died in October 2016 after 70 years on the throne.

The Thai foreign ministry and the embassy in Berlin did not respond to requests for comment from the UK Times.

Military plane from Russia bound for Syria with 92 aboard crashes...