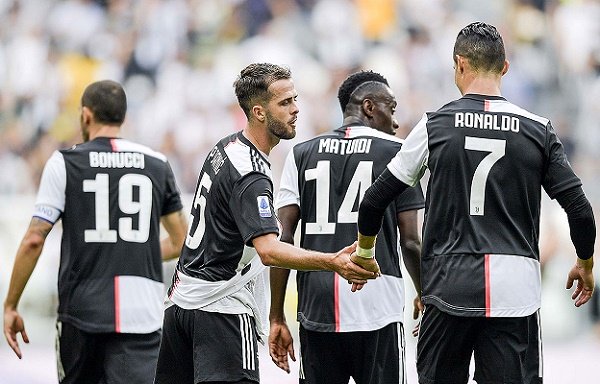 Juventus, Italian Series A champions, have agreed a deal with the first team squad to freeze their remaining salaries of the season’s calendar to help the club successfully navigate financial woes accrued due to the COVID-19 pandemic.

The club disclosed this in a statement on the club’s official website. The statement said both players and coaches agreed to the deal.

“Juventus Football Club S.p.A. announces that, due to the current global health emergency is preventing the performance of the sporting activity, it has reached an understanding with the players and the coach of the First Team regarding their compensation for the residual portion of the current sport season,” the statement read.

“The understanding provides for the reduction of the compensation for an amount equal to the monthly payments of March, April, May and June 2020. In the coming weeks, personal agreements with the players and the coach will be finalised, as required by the current regulations.”

The agreement means Cristiano Ronaldo, five-time Balon D’Or winner and their highest paid player will join is teammates in saving the club up to €90 million, according to the figure revealed by the club.

“The economic and financial effects of the understanding reached are positive for about EUR 90 million for the 2019/2020 financial year,” it added.

The Turin-based club thanked the team for their commitment despite the prevailing conditions brought about by the global epidemic that has put football on stand still.

“Juventus would like to thank the players and the coach for their commitment at a difficult time for everyone,” the statement concluded.

Italian football is currently on lockdown until at least April 3, but the suspension could be extended to indefinite as the country battles Covid-19.

As of Friday, Italy recorded 919 deaths from the coronavirus, setting a fresh record of the highest casualty from the disease in a day.

CCD Appeals To Ikpeazu Over Distribution Of Palliatives For Persons With...