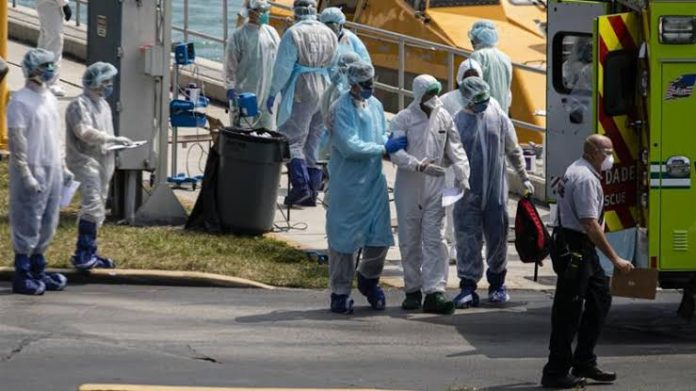 The US has overtaken China in the number of confirmed cases of the coronavirus.

According to the latest figures compiled by Johns Hopkins University, the US has more confirmed cases of the deadly disease than any other country with more than 83,500 positive tests.

The Hopkins University report put the number of confirmed cases in China, where the illness first emerged, at 81,782 cases, and Italy, the new epicenter of the virus,  at 80,589.

The grim milestone came as President Donald Trump predicted the US would get back to work “pretty quickly.”

Mr. Trump explained the latest figures as “a tribute to the amount of testing that we’re doing”.

He then cast doubt on the figures emerging from Beijing by saying: “You don’t know what the numbers are in China.”

Mr. Trump also denied reports that Chinese President Xi Jinping had asked him to “calm down” the language he uses.

Meanwhile, US Vice-President Mike Pence said on Thursday that coronavirus tests were now available in all fifty states, and more than 552,000 tests had been conducted nationwide.

Lawan to Southern Govs: Restructure your states before calling for restructuring...