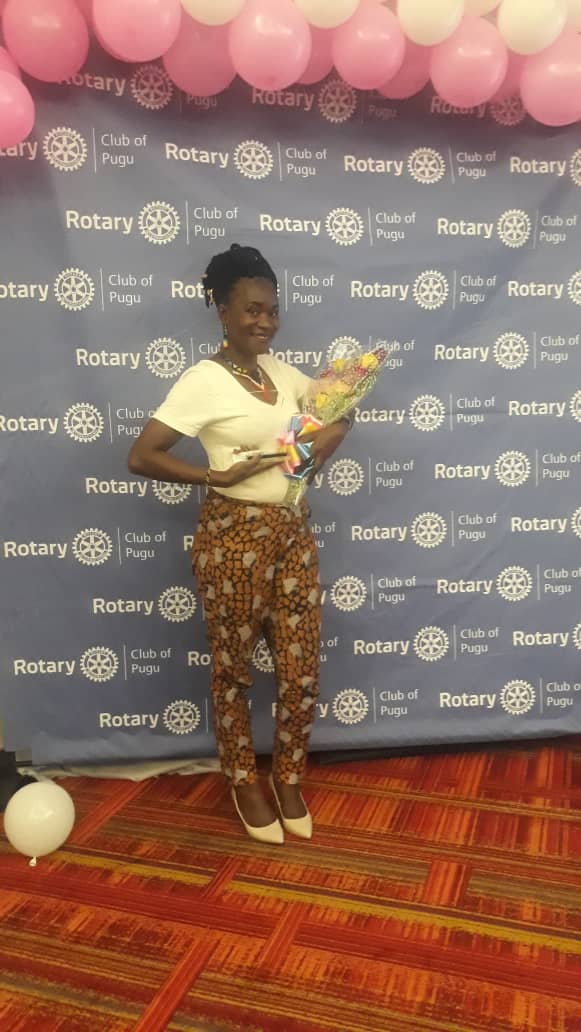 Aneth Isaya, the Founder and Director of Furaha ya wanawake wajasiriamali kwa viziwi Tanzania (FUWAVITA) which in Swahili language when translated to English to mean the Tanzania Joy Women Entrepreneurship For The Deaf has received two Awards of international recognition by the Rotary Club of Pugu and Kingdom of Netherlands in collaborate with global voice in Tanzania.

The two awards were presented to her in a space of two days in recognition for her contributions to the empowerment of women and girls with disabilities in Tanzania.

In a statement sent to INN narrating how she received the awards Aneth said “I was surprised when I got email from Rotary Club of Pugu inviting me to present on International women Day. They are inspired by my work through my social media pages (instagram and Facebook). I didn’t know them before until the day of the event.”

“I presented about real story of my life challenges and achievements and how I have managed to reach 1000 women with disabilities direct and indirect and empowering them through Entrepreneurship and Leadership program.

“We were 5 women and I was only one woman with disability among them and we all received Awards of recognition toward our efforts of empowering women in Tanzania.”

Speaking on the development, The President of Rotary Club of Pugu, Mr Satyam Gupta congratulated all the women who are empowering the Society including Aneth Gerana Isaya.

He praised Aneth for not allowing her disability hinder her toward helping fellow Women with Disabilities in Tanzania.

“These have therefore opened the door for me to start working hands by hands with the Rotary Club of Pugu to ensure there is an inclusion to the program they are running. I truly thank the Rotary Club of Pugu for not seeing a disability in me (Deaf) but they saw a heroine and strong woman in me hence awarded me this honourable Award of International recognition,” he said.

The Rotary Club of Pugu is an International Organization committed to Social welfare program for the Society including assisting orphanage and primary/secondary school in Tanzania and also conducting health camps together with the team of Doctors.

Earlier, Aneth had received an award from an event organized by Embassy of the Kingdom of the Netherland in collaboration with Global Voice to celebrate ‘UNSUNG SHEROES’, who are change makers and whose successful activities have accelerated gender equality in the society. The award was in recognition for being the African Woman Feminist champion on the 6th March, 2020 at Serena hotel, Tanzania

In a statement sent to INN, Aneth said “I also thank the kingdom of Netherlands in Collaboration with Global voice for Awarded me an African Woman Feminist who have fought for gender Equality in Tanzania, Africa and World as a whole.”

Nigeria to source for over ₦2.67tr additional COVID-19 stimulus fund

Shekau to Chad President: we’re coming after you