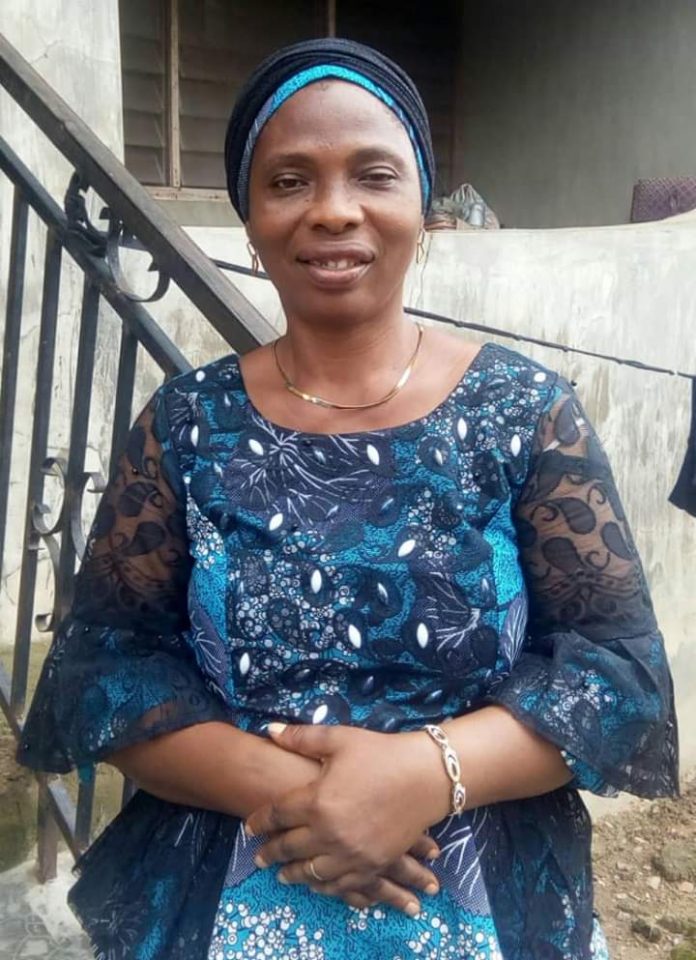 Grace Ajayi is a mother and grandmother. She is the founder of Deaf Female Empowerment Initiative. She is a native of Abeokuta, Ogun State.

Meet Grace Ajayi as she shares inspiring story to encourage others:

At the age of 13, I was living with my Dad and his second wife at Agege, Lagos state. The house was sited beside a rail road. My mother and siblings were living in Abeokuta. The evening before this fateful day, my father had a rift with his wife which attracted the attention of neighbors who intervened to make peace between the twain. That night, I was too afraid to sleep with other family members in the one room we all lived in. So, I decided to sleep at the corridor of the house. Suddenly, a train was passing by with its usual loud sound. The loud sound was perceived heavily in my ears, I had to cover my ears with my two hands till the train blasting ceased. Afterward, I resumed my sleep.

When it was morning, I realized I was not hearing again and I developed tinnitus (ringing in the ear). My Dad tried to call me and engaged me in a conversation but I could not hear him. At his realizing that I had become deaf, he picked a fresh fight with my step mother, his wife. He accused her of being responsible for the deafness.

My Dad later took me to General Hospitlal, Gbagada, Lagos to treat the hearing loss. I spent three months at the hospital but there was no improvement. My Dad then took me to several spiritualists places. I experienced several beatings, slaps. I was forced to eat different concoctions. I was taken to a shrine in a thick bush, from where I escaped out of fear. All these consultations yielded no result. Following this, my dad restrained me from going out and interacting with people. He didn’t want people to know that his daughter is deaf.

After spending about two years staying at home, my uncle who was living in Ibadan informed my Dad about a School for the Deaf at Bodija, Ibadan. My Dad thought over it and agreed to enroll me at the school. I was enrolled into Form 1 at Methodist Grammar School, Bodija, Ibadan in the year 1981. There, I was introduced to sign language. I felt sad and embarrassed initially, but as time went on, I began relating with my other deaf classmates and master the art of signing. That began my journey into deaf world and it has made me what I am today to the glory of God. I know my deafness is for a divine purpose.

I took to teaching profession and I have had several years of teaching deaf children as well as deaf school administrator. I am married to a deaf pastor and together we have pastored deaf churches for several years.

I have contributed a lot to the life of deaf women through teaching, and encouraging them with God’s words. I organize different vocational trainings for deaf women. I am women leader of the church sisters’ fellowship.

Deaf Nigerian Profile 026: Deafness Is Not The End Of The...