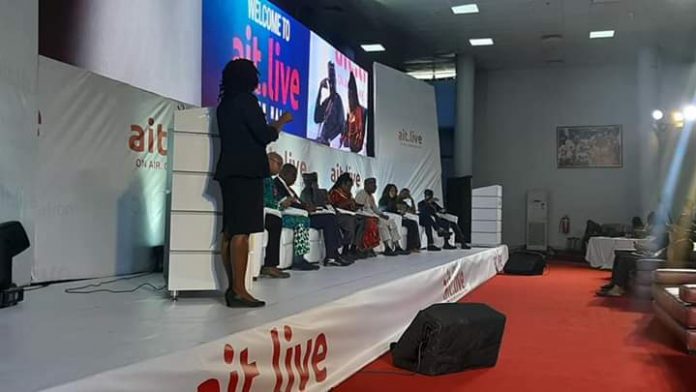 In a Town Hall meeting organised by DAAR Communication on Monday, 3rd February, 2020 in Abuja, activists and sponsors of the Hate Speech Bill met to bare their minds as panelists.

The executive director of Cedar Seed Foundation and Nigeria Disability advocate, Lois Auta-Udonkanta, who was among the activists, had lent her voice for people living with disabilities asking the senator that sponsored the bill, Abdullahi Sabi, why he is not advocating for a National Disability Commission for 29.3 million Nigerians with Disabilities but Hate Speech Commission, which is not important to Nigerians.

She said “The attention given to the two bills should be shifted to establishing a National Disabilities Commission and to ensure inclusive health facilities, employment of persons with disabilities.” This was contained in a news reported by orderpapertoday on Monday February 3rd.

The advocate’s move motivated Senator Betty Apiafi the following day, February 04, to revisit the bill on establishing a National Disability Commission in the House of Senate as was reported by some news agencies on the 4th February 2020. The Commission if established, will assist in the appointment of a Commissioner directing the affairs of persons with disabilities in Nigeria.

While thanking AIT for giving her the platform to talk. Mrs Auta-Udonkanta said “Let’s keep the conversation going until the right thing is done!”

Earlier, lawmaker Sabi who is the Deputy Senate Majority Whip, claimed that after the uproar generated by the bill last year, more Nigerians  had  come to terms with his position that the bill was relevant.

He clarified on Tuesday 3rd February that the death penalty provision in the bill would be removed.

He  said  he would propose an amendment to the bill since it would be wrong to jettison the entire bill because of  the death penalty.

Sabi expressed hope that in the days ahead, the bill would receive more support to scale passage by the National Assembly.

The bill passed first reading on the floor of the Senate on November 12, 2019 amidst controversies.