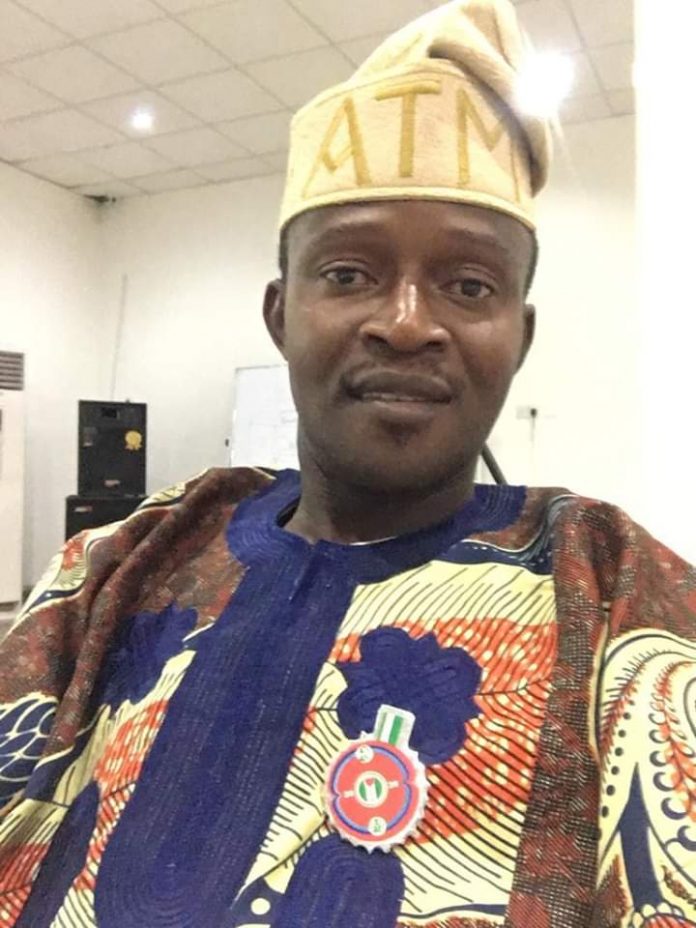 Mr Muyiwa Timothy Afolayan is a native of Esie, Kwara State. He holds NCE, B.ED and M.ED qualifications. He is a civil servant under Federal Ministry of Education. He has held several political offices in Deaf community. He is currently the National Financial Secretary of Nigerian National Association of the Deaf (NNAD).

Meet Muyiwa Afolayan as he shares inspiring story to encourage others:

JOURNEY INTO DEAFNESS
At the age of 14, my family relocated from Suleja, Niger State to my home town in Esie, Irepodun LGA, Kwara state. At that time, I was in Primary 5. I was enrolled in the Zonal Education Board Primary School- St. Micheal ZEB School, Esie. After completing an academic year in the school, we went on a long vacation. During the holiday, I had a terrible high fever. I was treated with chloroquine injections. The resultant itching effect from the chloroquine is better experienced than told. Few days to resumption into the new academic session, I recovered from the illness. On the resumption day, which happened to be a Monday, I went to school and discovered that sounds were becoming faint to my hearing as I could not hear well. I told my mother when I got home. She said it will be back to normalcy.

On the following day, the fateful Tuesday, I woke up on my own without hearing the church bell and the Cock crow! I was amazed that I could not hear any sound. My mum was busy calling me then, that I should bring her “Igbako”, (a small flat-rounded calabash plate, used to serve morsel meal into plates and bowl). When I didn’t respond, she came angrily at me and when I told her, “mummy, I can’t hear again”. She burst into tears and the search for cure began.

From one church to traditional healer and back to Church. At a time, my mother left me with my uncle (her late younger brother) who was a prophet in one of the Aladura churches in Lagos. After kneeling down with candles lit round me, they started their prayers to the extent that my face was wrinkled with spittle. Later I was asked to drink a foul liquid which I refused and one of the prophet said it is devil that don’t want me to drink it. In a bid to cast out the demon, two of them came with cane, as they are four in number, and escape is easy, once a lash landed on my back I grabbed one person’s ball and he paved way for my escape….

Long story cut short, after years of staying at home, I was enrolled into Deaf school and started learning sign language. My first attempt at learning sign language was to learn the alphabet by heart which I did within 10mins. I proceeded to learn simple and frequently used word, food, eat, play, father, mother, etc. In my stride to master the language, I decided to move with the Deaf students who can also speak so that the lip movement will aid my understanding. This accelerated my knowledge of sign language. I quickly mastered the language and became fluent signer before the expiration of my first term in the school.

Sign Language gave me an identity and confidence. It helped me to learn new words and express myself with pride. Having grown with Deaf students in school and mingled with many Deaf adults, it is apparent that as human being, we all need an identity which can only be attained through language. And this has helped me throughout my formal education to a research fellow level.