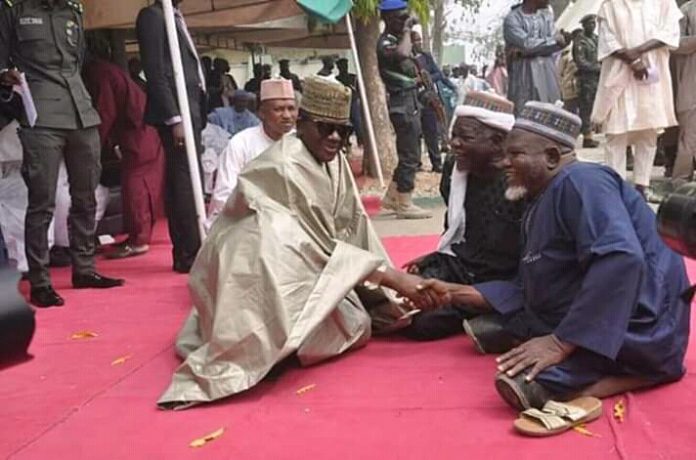 Zamfara State Governor, Dr. Mohammed Bello Matawalle has yesterday hosted people with disabilities from the 14 LGAs of the state at Zamfara Government House.

In a press release signed by Zailani Bappa, The
Special Adviser on Public Enlightenment, Media and Communication and sent to INN, Governor Bello Mohammed donated the sum of 10 Million naira and a car to each of the four leaders of persons with disabilities clusters; the Physically-Challenged, the Blind, the Deaf and the Lepers in the state.

The Governor also promised to sponsor the education of 100 of their children in quality schools including studies abroad. He equally ordered for the renovation and upgrading of their Associations’ Secretariat in Gusau.

The Governor made these positive gestures when he hosted the four Associations at the Government House to express his administration’s solidarity with them.

Speaking further, the Governor charged them to continue being God-fearing and support the present administration especially with their prayers.

Earlier, the Chairman of the People’s Democratic Party in the state, Alhaji Ibrahim Mallaha thanked the persons with disabilities in the state for their support to the administration of Governor Bello Mohammed.

Similarly, the former Deputy Governor in the state, Mallam Ibrahim Wakkala, commended Governor Bello Mohammed for his manifested concern to persons with disabilities and added that their prayers are mostly acceptable to God.

Responding, the leaders of the four clusters which included Alhaji Shehu S. Fada for the lepers, the leader of the deaf, Alhaji Usman Kurma, the leader of the blind, Alhaji Abdulkadir Na Kaka and that of the physically challenged, Alhaji Ibrahim Sani variously commended the Governor for his concern and care to persons with disabilities in the state.