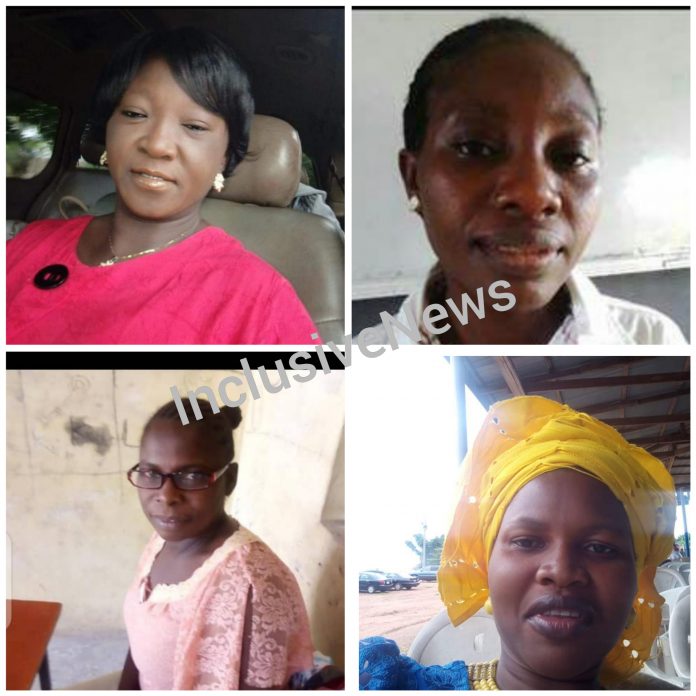 Deaf Women Association of Nigeria (DWAN), Deaf Teachers Association of Nigeria (DTAN), Ekiti State JONAPWD, Nigeria National Assocation of the Deaf (NNAD), National Alumni Association FCE (Special) and a host of other disability communities mourn the death of the accident victims who died in a ghastly motor accident on Saturday which also caused various degrees of injuries to the other six victims. The deceased before their death were all members of these organisations.

The accident which occurred in Ara Ekiti after the brakes of the vehicle conveying them developed a mechanical fault in motion and rammed into a ditch. This resulted to the death on the spot of three deaf civil servants who before their death were working with the Special School for the Blind and Deaf in Ikoro Ekiti, Ijero Local Government.

In a statement released on Monday, Deaf Women Association of Nigeria (DWAN) lead by its President Deaconess Adedoyin Beyioku-alase said she commiserates with the families of the deceases and with every member of DWAN and the general Deaf Community over these great losses.

“Let us take solace in the assurance that God understands our pains. From Him we come and to Him we shall return at our individual ripe time.” Beyioku-Alase added.

Deaf Teachers Association of Nigeria lead by its President, Olaniyi Temitope released a statement yesterday through its National Publicity Secretary Husseini Kabiru saying “this is a great loss and a huge vacuum has been created in our dear DTAN and Ekiti State Deaf Community that will be very difficult to fill.”

“Since death is inevitable and we have no power over it, It’s our earnest prayer however, that God almighty comfort us all, including the bereaved left behind by our late teachers.”

Nigeria National Assocation of the Deaf (NNAD) lead by Alhaji Dagbo Sulaiman in a press release on Sunday through its National Publicity Secretary, Henry Obrutu called on the Governor of Ekiti State Engr. Kayode Fayemi, the State Government and indeed all well meaning Nigerians to come to the aid of the bereaved and those hospitalized.

The National Executive of the National Alumni Association of Federal College of Education (Special), Oyo also commiserated with the community of disability organisations and Ekiti State government over the loss of the Deaf teachers, two of whom were alumni of the school. “This is an irreparable loss of beautiful souls” the association said in a statement released on Monday through its National Publicity Secretary, Ojo Olayinka.

Ekiti State chapter JONAPWD in a press released on Sunday through its General Secretary, Olajide Funso said “We hereby call on the government of Ekiti State, organizations in and around Ekiti state and all well meaning Nigerians to PLEASE help us to SAVE the lives of two of our members who are still in coma and others who had broken bones and various degrees of injury in the accident. We can’t afford to lose another soul. Please help.”

“Your support medically, financially, morally and most importantly, spiritually is all we ask for.”

Meanwhile, INN gathers that one of the three deceased, Olajimeji Bunmi was buried on Tuesday at around 3:30pm amidst tears from family and friends.

INN also got information that another accident victim, Morenike Adeeko Folayan who was battling death after three Deaf ladies had died on Saturday later gave up the ghost the same day. It was not until Wednesday morning that her death was confirmed by her elder brother Dare Folayan. Her corpse is set to be buried on Saturday 8th February in Okemesi, Ekiti State.