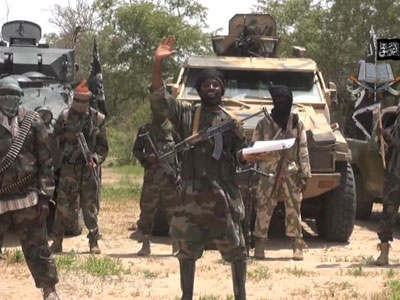 The new approach engaged by the Nigerian government in reconciling with bloody insurgents in Nigeria is absolutely outdated and an unworkable approach. I see nothing good in it entirely.

Having considered the fact that the Northeastern part of the country has specifically experienced a security challenges for over a decade with unpleasant incidences resulting into a massive breakdown in economy, increase in number of displaced people and increase in unemployment all in single region, yet the region witnessed no positive tangible effort by any actor toward emancipating and reviving it. Perhaps this has been a topic of discussion for several years and till date we are busy roaming and searching for a possible solution to our vices.

First of all for someone to venture in to contentious matters with anyone he must be submissive and ready to accept whatever comes out as the terms and conditions that may follow during or after the event. Most times, this gives such perpetrators power and strength to be exercising their dreadful affairs within a sovereign state without fear or respect of any actor.

Meanwhile the government usually gives them a listening ear and sometimes endures the entrenched methods of these shenanigans which usually leads to the birth of the new attacks in some peaceful areas. The insurgents perpetually get access to money from unknown bodies along the line of reconciliation matters.

Also, this approach could only be adopted when the second party is less harmful, less armed or even less strategic but I see no logic in sitting with morons and imbeciles in a marvelous temple aiming to listen to their ungodly excuses because to me this is passively showcasing the idleness of the government and at the same time, aiding their business. However, it is high time the government wakes up from its slumber and witchunt those terrorists and kill them at all costs. Even if they surrender let them first face the wrath of the law for their terrorist actions. That means there invitation should not be honored by any security personnel.

Nonetheless, the recent event that took place between the police department aka SARS and those villain folks called Boko Haram is indeed a joyful saga for we heard that the terrorist had received the highest price of their filthy actions from our courageous SARS who happened to engage in rigorous battle with them and the terrorists suffered a defeat.

This is indeed a good news that gladdens the mind of each and every patriotic Nigerian for we begin to witness a sparkling light amidst a gloomy night in the harzardous street filled with beasts and vampires.

Moreover, Government must face the insurgents at all cost to wage a revengeful war against them for this is the only method that will inform the rebels that the government is now taking full measures toward devastating their worthless campaign for we unanimously believe a mad dog must be chased away and confronted by the angry beast.

If possible, the president should do the needful by reshuffling his security personnel and restrategize the approach of approaching Boko Haram and by extension, to update the national arsenal with modern sophisticated weapons which will mercilessly be used to deal with terrorists.

However, the Nigerian government needs to reform and restructure the way it treats its terrorist both local and foreign ones. Unleashing dreadful terrorists as Boko Haram and other bandits after negotiation is totally irrational and it is also a threat to national security. How can a responsible government with good security personnel and security apparatus, uses all it has in it disposal to attack rebels, kill some and grab some as prisoners yet after a number of months then releases them just because they went through rehabilitation programs? To be frank this is the worst idea one could ever think of and apply. Also releasing devils will never be a possible solution to national security because setting them free is akin to reinforcing their devilish acts.

Blood must have blood game strategy and this should be declared upon any imbecile who is aiming to destabilize peace in our dear country. This will be the one and only avenue toward ending this long bedeviling calamities and the government should henceforth not give listening ear to any perpetrator.
Dirty game demand dirty and unscrupulous players for things to be equally balanced and the game to be interesting by the duo meanwhile they should be receiving a proper torture treatment against their heinous actions which they enjoyed masterminding over a decade.

Finally our security personnel must always be vigilant and alert, be it in the metropolis or in the jungle because all those places are considered to be a battle field to the insane gang thereby the Nigerian army should ferociously tackle and redress the predicaments bedeviling the country. We have goofed in the past but this time around we will clear our mischievous errors Insha Allah. May Allah help us achieve our dream of living in a violence-free society.

Abdulrahman Yunusa is a graduate of political science from the prestigious Bauchi state University, Gadau. An activist, poet and blogger.
Wrote in from Bauchi.
Can be reached at abdulrahmanyunusa10@gmail.com