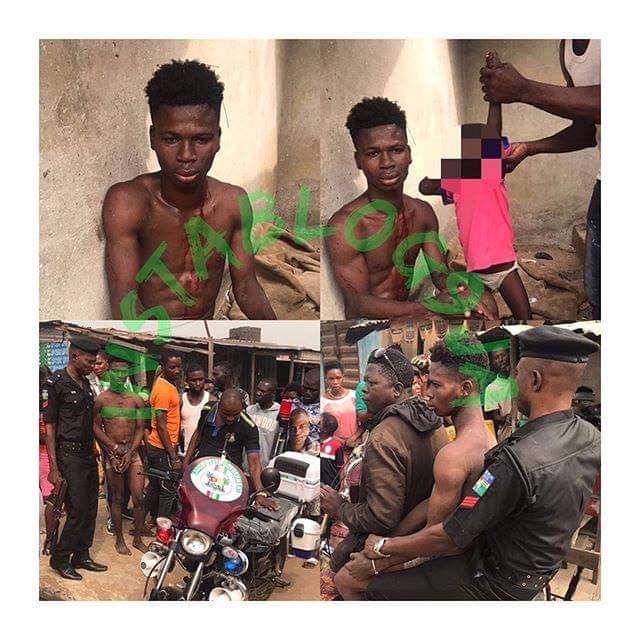 A 24-year-old Nigerian gay man, identified as Bow Berlin, has been arrested for allegedly defiling a 4-year-old Deaf Boy in Ikorodu, Lagos.

According to sources, the incident happened this morning at Dagbolu Idiroko, Abule, Ikorodu, Lagos. It was reported that the boy, whose parents are also deaf, was seen crying and had indicated that he was feeling pains in his anus.

The parents seeing blood inside his anus, when they inquired what cause the bleeding, The littler boy told them that Bow Berlin applied soap on his anus and forced his penis inside.

The suspect was arrested as he confessed to the crime. Before the arrival of the police, he was reported to have been beaten badly by angry residents in the area.

He has since been whisked to the police station while the boy was rushed to the hospital for immediate medical attention.

DWAN IS A GIFT TO ALL DEAF WOMEN IN NIGERIA NOW...