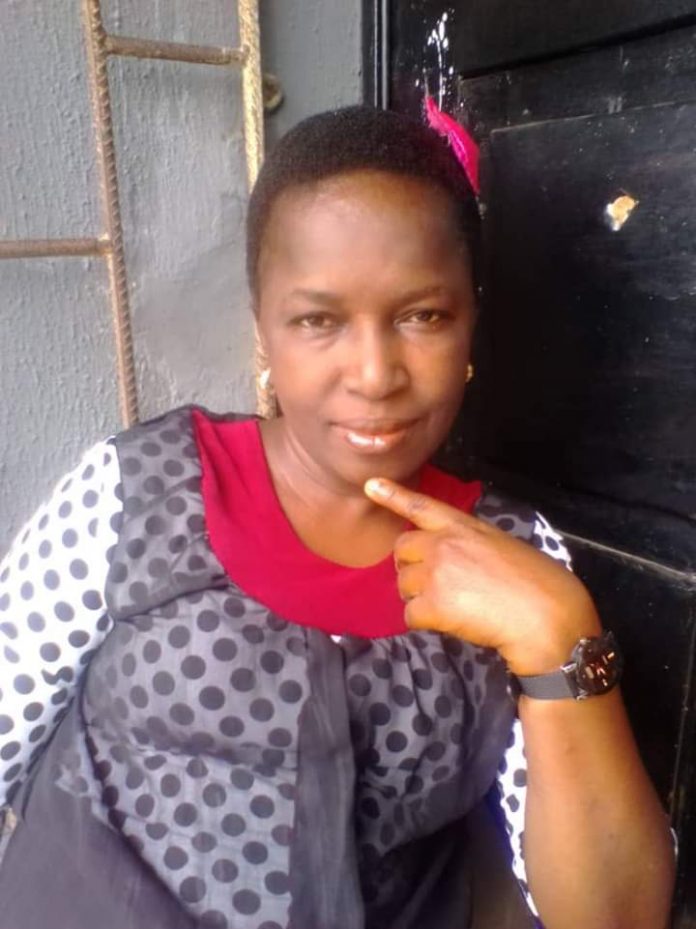 Mrs Okocha Idayat Olaoti (Nee Salami) is the Secretary General of Deaf Women Association of Nigeria (DWAN), Lagos State Chapter. Planning Committee Secretary of Lagos Deaf Students Annual Quiz Competition and CEO of RoyalDiadem Ventures. She was born and bred in Lagos. She is a native of Oyo East local government area, Oyo State. And is married to a Delta man.

JOURNEY INTO DEAFNESS
My journey into deafness is a mysterious one as the cause is unknown. I was neither sick nor involved in any traumatic incidence. In the year, 1992, when I was in JSS 3, I and my family just observed that I was no longer responding to calls and conversation again. I and my family were very devastated by this development. The situation was reported at hospital and we were given ear drops, but there was no improvement. My late Daddy started taking me to several spiritual places for healing but nothing happened. The frustrating visits rather compounded my sorrow.

There was this ‘healing remedy’ in particular which my dad was instructed to carry out on me. Every morning, he would wake me up with strokes of the cane and I would cry very bitterly. Upon enquiry from my mummy the reason for which my Dad was doing that, amidst tears, she explained to me that the beatings were to drive away demons of stubbornness which a healer assumed was responsible for the deafness.

The deafness notwithstanding, I sat for my Junior WAEC. I passed the examination and got admitted into SS1 of the same school. However, I was hiding amidst the crowd and my deafness was not yet found out by my teachers. My sight was affected by too much weeping and I could no longer see well like before. My academic performance became very poor. Teachers viewed me as an unserious student. At the end of the academic year, I repeated the class.

When the next academic session began I approached my Mathematics teacher who was among the teachers that felt I was a dullard and revealed my hearing loss to him. He was very surprised and took me to the Principal. The principal, upon hearing that I was deaf, sent for my Daddy. The principal advised my Daddy to enroll me at a special school. However, my Daddy appealed to the principal to allow me complete my SSCE at the school and the principal agreed. The Maths teacher became caring and friendly towards me thereafter. I sat for the SSCE but failed some subjects.

Upon the completion of my secondary school, my elder sister who was living in Oyo town wanted me to attend Federal College of Education (Special), Oyo, so that I could learn sign language. But, I was reluctant then as I felt using sign language would reduce me to a deaf and mute person. I worked under a lady Doctor as an outdoor maid. She enrolled me under a seamstress to learn dressmaking, a training I completed in three years. With my sister’s persistence, I pursued admission and got admitted into FCE(S), Oyo in the year 2000. I found it difficult to accept sign language at first and I isolated myself from other deaf students, in the same vein, I could not fit well among the hearing students. But, gradually, I began interacting with Deaf students and learnt sign language. I emerged the Department best graduating student in the year 2004.

After graduation, I worked as a teacher at private school for the Deaf for a period of time before securing employment as a civil servant under Lagos state Ministry of Education. I run my dressmaking business alongside. I am grateful to God for my elder Sister, my Daddy and siblings and other family members who encouraged me. Learning Sign Language with a good, loving, caring, supportive family is all that a Deaf child needs to soar in life.

Deaf Nigerian Profile 021: Sign Language Is My identity And Compass...