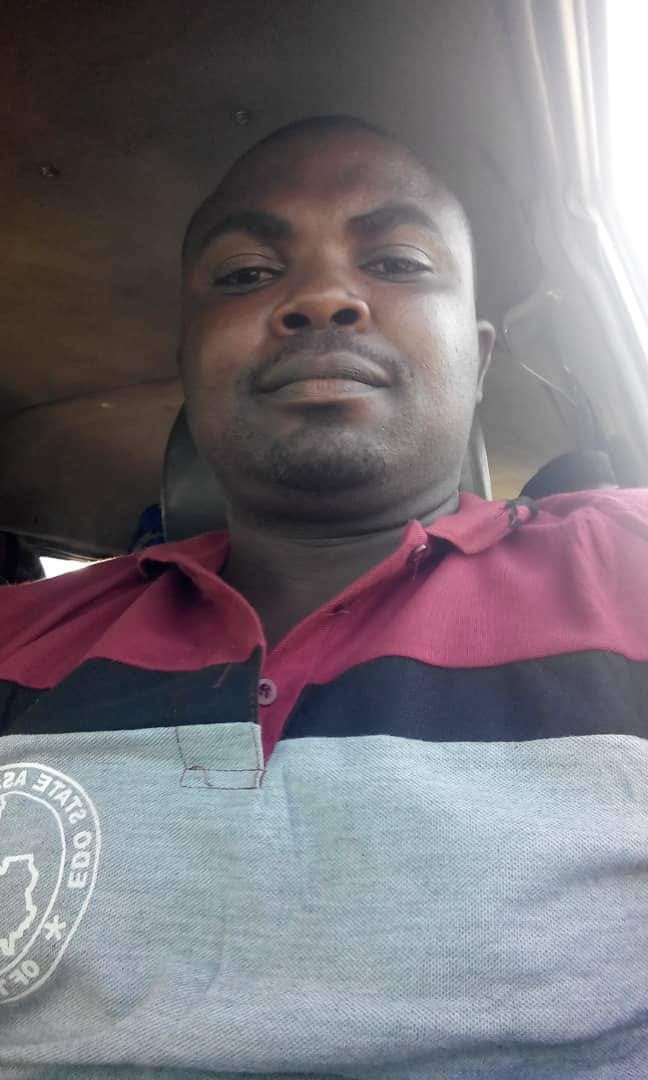 Tope Olaniyi is the incumbent National President of Deaf Teachers Associaton of Nigeria (DTAN) and the immediate past South-West Zonal Coordinator of Nigerian National Association of the Deaf (NNAD). He is a native of Osun State, Nigeria.

JOURNEY INTO DEAFNESS:
In the year 1990, there was outbreak of mump infection in the house I lived in with my parents. Originally, a son of our landlord had mump, which my youngest brother contracted from him. From my youngest brother, my immediate younger brother got infected too and finally I contracted it. We were all treated with local concoction and we were healed of the infection. However, about a month after the incident, I woke up on a fateful Sunday morning and I was unable to hear. I had become deaf over the night. That day was July 29, 1990. I was in primary four then. Immediately, the hunt for solution began.

My parents took me to several prayer sessions. We participated in countless fasting and praying programs. A deliverance program was once conducted for me together with a mad woman. I was placed in a room together with this woman while being surrounded by prayer warriors at a particular prayer ground in Osun state. The mad woman was delivered of her madness but I remain deaf. I spent most part of my growing years following the occurrence of deafness looking for cure than in the classroom. With the persistence of the deafness, after two years, my parents grudgingly enrolled me into JSS1 at a Deaf school in Ekiti state. At some point in time, my parent sought medical assistance too to restore my hearing but all efforts proved abortive.

I was introduced to sign language at the Deaf school, but, not until in SS 2 did I started using sign language without shame. I discovered my Deaf identity and accepted my deafness. Following which I declared to my parents that I have had enough of solution hunting, let me have my sanity back!. Perhaps, it took me this long to discover myself because of the absence of a Deaf role model. My parents regarded my deafness as the greatest problem for them in life. Regardless, they showed me love and invested in my education while they hoped for a cure some day.

After my secondary education, I got admitted into Federal College Education (Special), Oyo State where I studied Business Education and Rehabilitation. During my first year therein, I secured another admission to the University of Ilorin to study Business Administration. I combined the two programs and shuttled between Oyo and Ilorin. I completed the NCE program while I bagged my B.Sc (Business Administration) two years afterward. I proceeded to the one year compulsory service in Ekiti State. Upon completion, I engaged in farming and business for a while before I secured appointment as a civil servant under Osun State Ministry of Education.

During my tertiary education programs, I was a member of Deaf Association in Ondo State and served as the president of Deaf Students Association at FCE(S), Oyo. During my youth service programme, I received the award for The Best Community Development Project, Ekiti State in recognition of the Building and Equipment of a mini Library for Deaf student in Ekiti state school for the Deaf, Ikere Ekiti. I engaged in freelance writing and I have authored a novel titled ‘The Deaf Boy tragedy’. I was awarded the ‘2009 Outstanding Person with Disability’ by Ministry of Women Affairs and Social Development, Ondo State, in recognition of my writings.

The acceptance of my deafness and sign language usage has propelled me in the right direction to contribute positively to the development of my dear country, Nigeria.