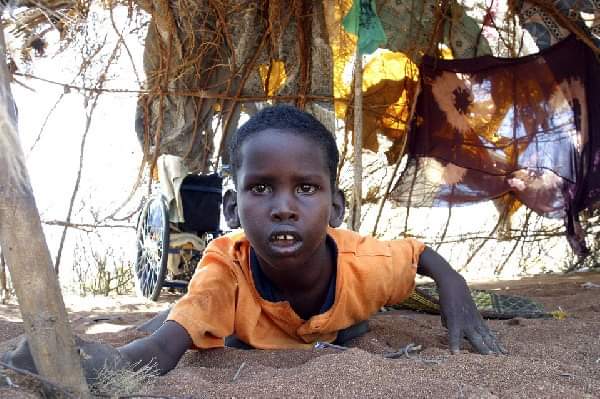 Many parents of children with disabilities in the Eastern Region of Ghana continue to deny their children access to education.

Out of the handful of parents who admit their children in special schools at the right age, majority waste early childhood education of the children after years of failed desperate attempts to seek spiritual healing interventions from Prophets and spiritualists.

However, most few children with disabilities in the Eastern Region of Ghana lucky to get education are mostly admitted very late in school missing the opportunity of early childhood education.

The Headmistress of Koforidua School for the Deaf, Diddy Ntim, in an interview with Starr News, expressed worry over the phenomenon.

According to her, children with hearing losses deserve equal opportunity to be admitted in preschool at the right age likewise the able children.

However, she bemoaned that many parents waste school-going age period of children with hearing impairment wandering for spiritual help. This, she says affects the intellectual and academic development of the children as well as learning of language and communication.

“what we have observed is that most of the time, KG, for example, is supposed to be 4 years but sometimes they are 9 years, they are 8 years,7 years when they were coming to the Kindergarten but if people assist children with disability they will come to Preschool early and it will help.

“The hearing impaired are persons who have challenges with language, and you know language is usually learnt at very young ages”.

The Convention on the Rights of Persons with Disabilities, which Ghana has signed and ratified, promotes “the goal of full inclusion” while enforcing “the best interests of the child.” through inclusive and special education.

Salifu Regadan, an eight(8) year old girl suffering from cerebral Palsy is yet to be given education by her poor Mother, Eunice Ahenkorah at Oyoko in the New Juaben North Municipality of the Eastern Region.

Mother of the Child said she was advised to kill the child stigmatized as river demon sent to cause affliction to the family, but she refused.

She is, however, undergoing a three-month Physiotherapy at the Salvation Army Rehabilitation Center at Begoro on sponsorship of a philanthropist outside Ghana. There is no hope if Salifu will be admitted in School after this exercise.

The case of Salifu Regadan is just one of the hundreds of children with similar conditions going through the same heart-wrenching situation and being denied an education.

The Administrator of the Salvation Army Rehabilitation Center, Nana Ato Hayford appealed for inclusion of cerebral palsy in the National health insurance while urging District Assemblies to use part of the disability fund to ensure children with disability locked up and hidden in rooms are admitted in rehabilitation centres and Special Schools adding there are so many superstitions and misconceptions about children with disabilities which the facility is trying to correct through outreach programs.

“as we speak, there are three children locked up in rooms in some communities that the families are reluctant to admit them, of course, financial challenge is a factor”. He added “But what we have noticed is that most parents send their children to Prayer camps, fetish priests etc so by the time they come here they are financially handicap.The Education period of the children have been wasted ”

starrfm.com.gh reports that the delay in implementing fully, Inclusive Education Policy Framework launched in 2016 by the Ghana government is further denying Children with disabilities their Right to Education.