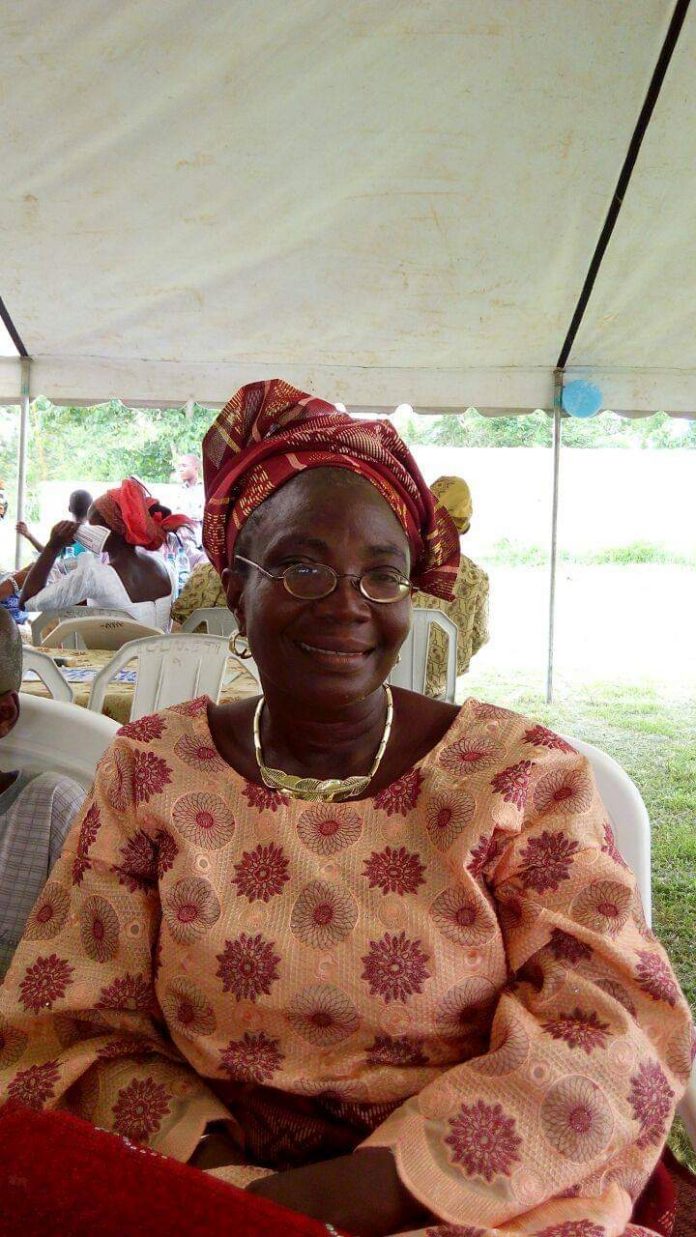 Deaconess Adedoyin Beyioku-Alase, fondly called Mama Deaf is a native of Ogun State. However she was born in Lagos state and had her primary and secondary education in Lagos state. Deaconness Beyioku-Alase was the distinguished lecturer of the year 2017 at Gallaudet University, Washington D.C., New York, USA. She is a veteran leader and has several awards to her credit.

JOURNEY INTO DEAFNESS
At about 19 years of age in the year 1974, I took ill. I had high fever and went to a private hospital for treatment. As part of the treatment, I was given injection. I immediately felt dizzy and began experiencing noise in my ears – a condition called tinnitus. I gradually lost my hearing ability therefrom. I reported the development at a General hospital and I was placed on an injection daily for twenty days. However, I couldn’t regain my hearing ability. I underwent an audiological test to assess the deafness.

Following the development, we visited different places from native doctors to churches to Alfas searching for cure. However, all efforts proved abortive. I persisted searching for a miracle because I found it very difficult to accept the deafness. The deafness made me shy and withdraw from people for the fear of being found out. In my lone world, I discovered the pleasure of reading and I built on it. I began lip-reading for communication purpose. Gradually, I adjusted into my silent world and continued with my life.
I ventured into different trades and achieved success at it. I got married and gave birth to four children. However, my first born who is a male child became deaf at about three years of age through measles infection. Till that time, I still did not know anything about deaf education or sign language. I thought it was only myself and my son that are deaf in Nigeria. So, I enrolled my Deaf son at a regular school for his primary and secondary education and he did well regardless of his deafness. It was much later that I met Mrs Bose Dahunsi, who introduced me to sign language and first taught me sign language. She later introduced me to Apostolic Faith Church, a church that has sign language unit for Deaf members. There, I improved on my sign language skill. My Deaf son was to later attend Federal College of Education (Special), Oyo, and came across sign language too. I, together with my son, taught our family members sign language and this eased off communication burden between hearing members of the family and we the Deaf members. And even between I and my Deaf son.

Later in life, I committed myself to promoting the rights of people with disability. I was trained as a social worker by the Lagos State Ministry of Sport and Social Services. I am the founder and National President of Deaf Women Association of Nigeria (DWAN). I hold several other leadership positions, some of which are; immediate Past Chairperson of Joint National Association of Persons with Disabilities (JONAPWD Lagos), Vice Chairperson, Disability Policy and Advocacy lnitiative. Access ability Model of Sweden and National Human Rights Commission, Abuja. I am an immediate past member, board of trustees of Lagos State Office of Disability Affairs (LASODA). National Women Leader of APC Disabled Support Group.

Deaf Nigerians Profile 033: The day I came across sign language...