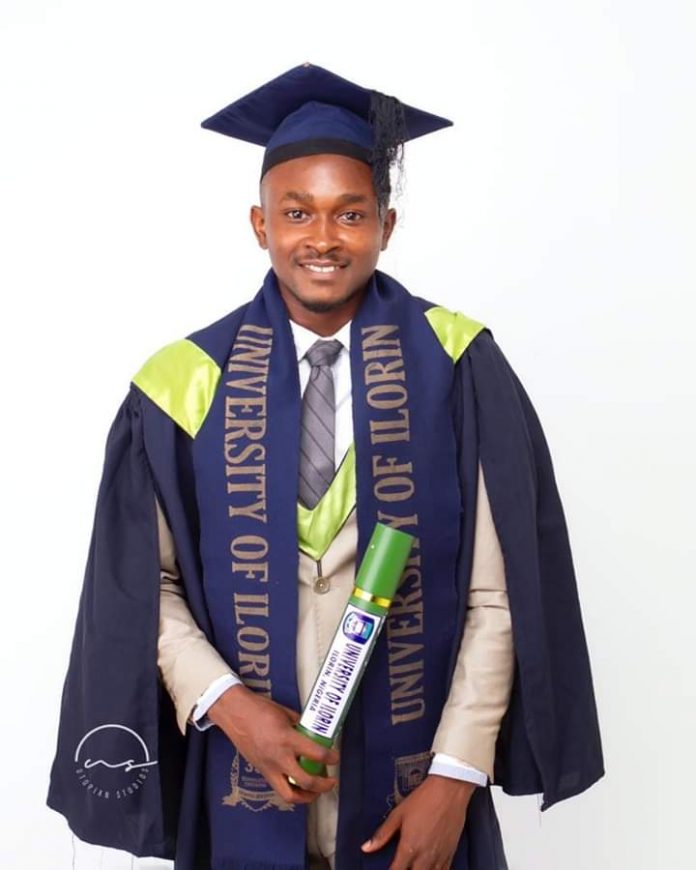 Mr. Godwin Abantele Agianpuye hail from Cross River State and brought up in Calabar city. He is a young Deaf achiever and a model to the upcoming Deaf children. He loves playing football.

JOURNEY INTO DEAFNESS
I was born normally with hearing ability. At about 2 years of age, I took ill and was admitted at the General Hospital, Calabar. The sickness coupled with the medication given led to my deafness. Since I was still a toddler then, I have no memory of that experience; it was only narrated to me by my mom.

I was enrolled into a regular hearing school and I often played a truant by absconding classes. My inability to hear in school did not make me develop interest in schooling. I could neither read nor write. My parents later enrolled me at Special Education Primary School, Calabar, where I was admitted into primary one. At this school, I was introduced to sign language. My parents joined the Independent Baptist Church (IBC), Calabar which has Deaf unit. At this church, my mum attended the Deaf class with me and learnt sign language with which she communicates with me. Gradually, I developed interest in Mathematics and my performance in it became impressive but I was still poor in English language.

After I completed my primary education in 2005, I moved to a mainstream secondary school (Deaf and hearing students) in Calabar. My performance at school was very bad likewise my disposition to my studies was negative. I played truants, absconded classes, dressed shabbily, committed examination malpractices and I wasn’t studious. This trend continued till a fateful day in my JSS3 class. A deaf student, who was then a senior prefect, spoke to me and advised me to be studious, dress neatly and have positive attitude towards my education. He motivated me to explore my potential to be the best. I took to his advice and became very studious. I read my dictionary from A to Z. I started working on my English language. I learnt new words and sentence formation. Following that, my performance in English improved. This improvement positively affected my interest and understanding of other subjects. At the end of SS1, I came first in position in a class of both deaf and hearing students.

I completed my secondary education program in commercial department because the school does not have a science department. However, my career interest was in civil engineering which I told to my mum. After I wrote my (Senior Secondary Certificate Examination) SSCE in 2011, my mum took me to Benue in search of science education program for the deaf but there wasn’t any. We later came across Christian Mission School for the Deaf (CMD), Onireke, Ibadan, Oyo State where science education is provided for deaf students. I resumed SS1 at this school in science department and completed my program in the year 2014.

I sat for jamb and I scored 192. I could not meet the requirement to study civil engineering at my choice institution. I opted for Physics and I was admitted at the University of Ilorin in 2015. I graduated on the 23rd October, 2019, with a CGPA of 3.2/5 (second class (lower division). Throughout my four years of study, I got sign language interpreters provided by Centre for Supportive Service for Deaf, Unilorin. However, the interpreting is not efficient as none of the interpreters major in science/physics field.

However, I made up for my loss through independent study, online study and peer assistance. I will be participating in the National Youth Service Scheme (NYSC) soon. During my program, I served as the Sport Secretary of the National Association of Deaf Students (NADS)

Deaf Nigerians Profile 012: Education is the best legacy parents can...