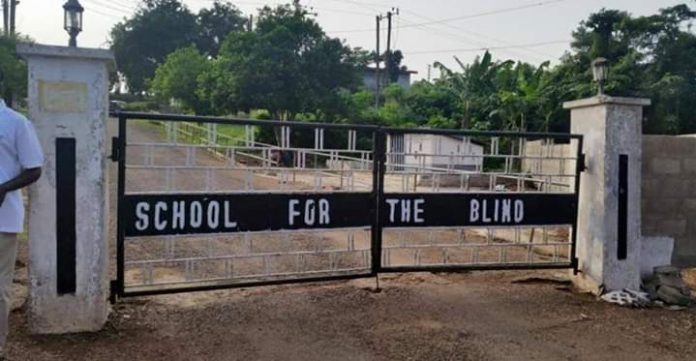 The Chaplain at the Akropong School for the Blind has been gripped for raping a blind student.

PlugTimes.com understands the heinous incident occurred on Tuesday, December 17, 2019 in one of the classrooms of the School.

This follows reports that some male authorities of the School harass female students.

Explaining it to Starr 103.5 FM‘s Francis Abban, leader of the agitated students Richmond noted the act was visually recorded on camera, as a form of evidence.

“When we caught the teacher sexually abusing the lady, we recorded the lady and she narrated what happened. We also got hold of the teacher’s boxer shorts which was in the classroom where the act was ongoing. We tried reporting the case to the police in Akropong but were stopped by the school authorities. We have been restricted from going out of the school,” he narrated.

“We are keeping the boxer shorts to use as evidence. It is interesting to note that, the teacher claims we forcefully took his boxer shorts off him and that is so not true. Other female students have complained about being sexually assaulted by some teachers but we have no evidence to that,” he added.

This news source understands authorities initially made all efforts to prevent students from making the incident go viral.