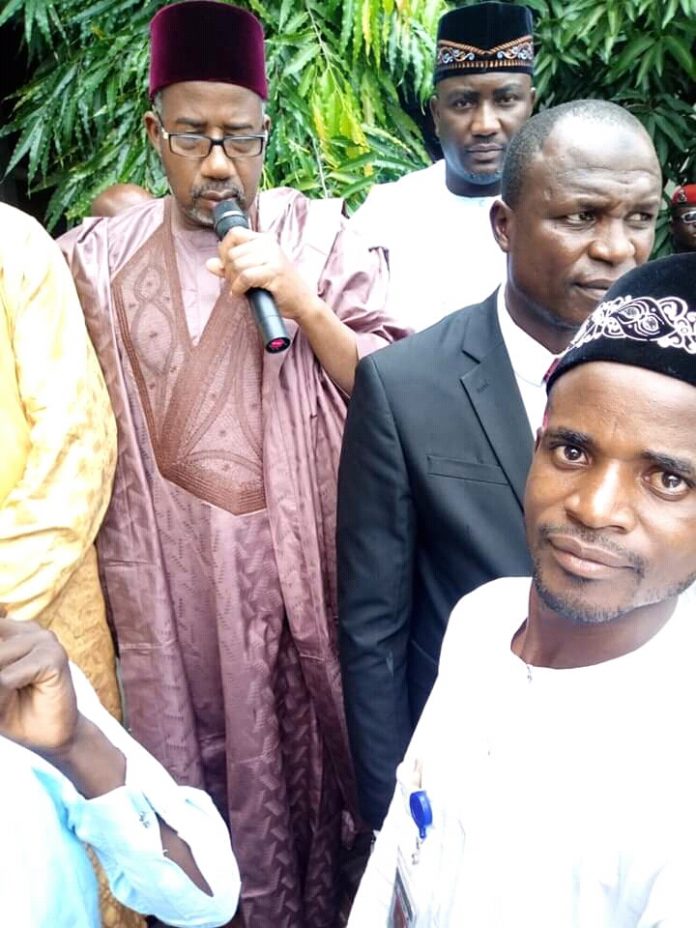 The Bauchi State Governor, Sen. Bala Mohammed has promised to revive the autonomy of Bauchi state Agency for Persons with Disabilities.

Chairman of the group Ibrahim Mohammed, while thanking the Governor, requested for full inclusion, integration and equal opportunity for persons with disabilities within the government.

The Governor promised the group that he will soon appoint one of them as his S.A on Disabled Matters.

Meanwhile, Iliya Ismail Dan marayu, a physically challenged from Bauchi state said that “The agency which was established sequel to the law which has been passed by the Bauchi state House of assembly and assented by the former executive Governor of Bauchi state Mal. (Dr.) Isa Yuguda on the 2nd day of May, 2010.

Section 3(1) of the agency’s law provided that: “There shall be an established body to be known as Bauchi state Agency for Persons with Disabilities. The law states that the agency should be established and to be placed under the Governor’s office.”

The agency vested with the responsibilities of full social integration of persons with disabilities in Bauchi into the society particularly through provision of economic, education, counseling and psychotherapy needs.

By suspending the activities of the agency by the immediate past administration of the former Governor Barrister. M.A Abubakar in 2015, the plight of millions of indigenes of the state who suffer from one form of disability or the other are in precarious circumstances”

It is imperative that if the agency is resuscitated, it would provide recognition and protect persons with disabilities in the state from discrimination and harmful practices while building their economic well-being. It serves as a link between Persons with Disabilities and government..

Meanwhile INN confirmed from one Ibrahim Mohammed a Staff under the agency that
The ministry of religious affairs and social welfare (which the agency is currently under) had received a letter from the Head of service for the agency’s revival and restructuring.

260,000 FCT Children With Disabilities Out Of School – Report