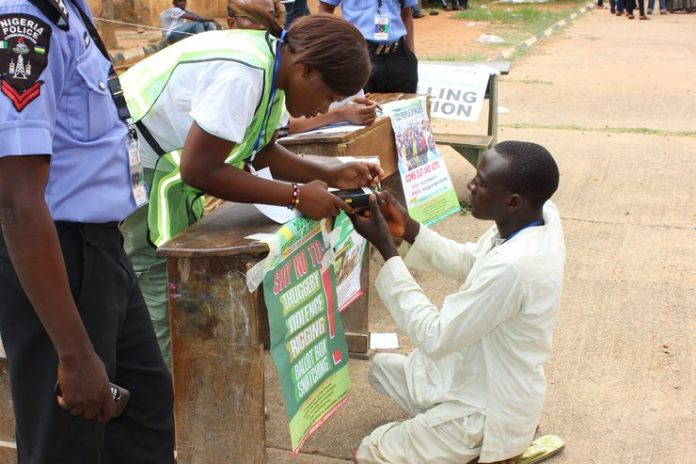 Centre for Citizens with Disabilities (CCD) in a press release on Thursday, 14 November called on residence of Bayelsa and Kogi States to support persons with disabilities to participation and ensure Equal Voting Access for all.

Speaking to newsman, CCD lead by David Anyeale said that it is deploying observers in all the Senatorial district of the States. Adding that people with disabilities are generally known to be disadvantaged in the society, and consequently suffer many deprivations and denial of their rights, especially during elections.

“We are aware that the hallmark of democracy is that people govern themselves through elected representatives who they can subsequently return, remove or reject. Elections provide the only means of succession in a democracy.”

Anyaele explained further that a credible, Free and Fair elections to a person with disabilities will mean that election is conducted in an atmosphere free from all forms of barrier to polling units, communication, participation and negative attitude of adhoc staff of INEC, political parties, electorates, and security agents.

Anyaele is concerned that the measures adopted in previous Elections conducted by the Independent Electoral Commission have not been satisfactory to Persons with Disabilities; He said “issues like negative attitude of INEC adhoc staff to citizens with disabilities, denial of priority voting to voters with disabilities, absence of sign language Interpreters for the Deaf at polling units, Absence of Braille Materials for the blind, inaccessible polling units with lots of mobility barriers have continued to hinder the effective participation of Persons with Disabilities participation during elections in the country.”

While appreciating the President, Mohammadu Buhari for signing into law Discrimination against Persons with Disabilities (Prohibition) Act early this year, which made robust provisions for the participation of persons with disabilities in the socio-economic activities of the country on an equal bases with other.

And the INEC for implementing the disability Act and INEC policy for the participation of persons with disabilities in elections, which provides rights to priority voting, none discrimination, access to public building used by INEC for the conduct of election amongst others.

He called on INEC to implement the disability act by ensuring that all barriers that hinders persons with disabilities from participating in elections are removed.

He wanted eligible voters with disabilities to go out enmass to cast their votes to the candidate of their choice.

Anyaele wanted INEC to guide election security agencies on election day security to ensure voters goes to the poll peacefully, as election day violence may hinder eligible voters with disabilities from participating in the elections

He requested election day Security agencies to respect and protect the rights of persons with disabilities, in particular deaf voters in the two States. He said “reports from previous elections show that deaf voters are expose to violence and hostility from security agents and other citizens on election day.”

The Governorship elections are scheduled to hold today, 2019.

People with disability in Kano groan over exclusion in palliative distribution