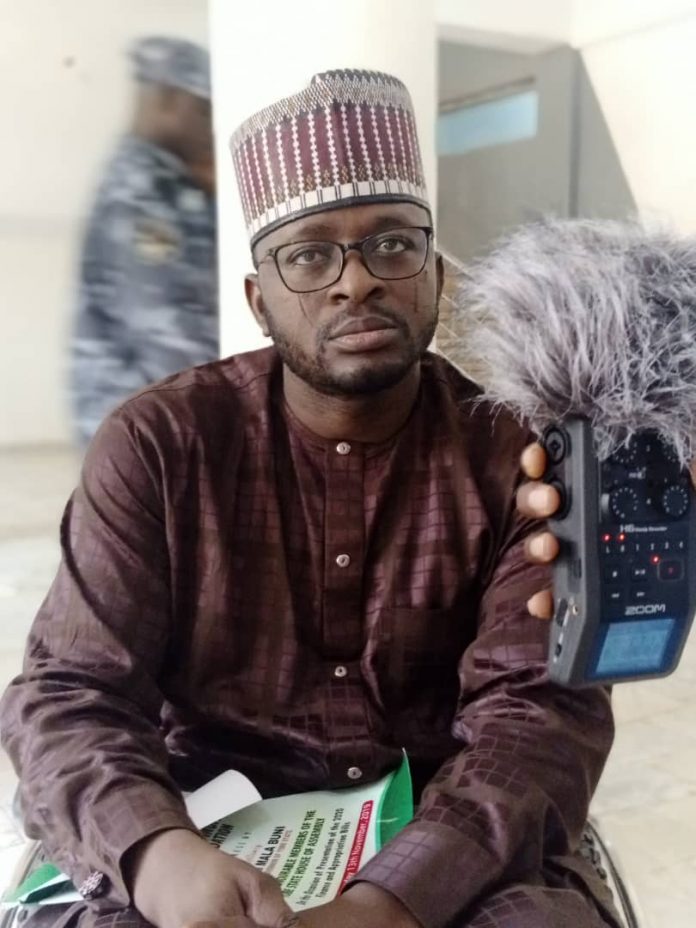 The Yobe State Disabled Rights Activist and Head of Gender and Social Inclusion, Mohammed Abba Isa was yesterday, 14 November left in shock when he was harassed by security agents at the Yobe State Assembly complex in his attempt to gain entrance into the chamber complex, INN reports

According to him, “I was at the Yobe State house of Assembly to witness the presentation of the draft 2020 budget of Yobe State by His Excellency the Executive Governor Mai Mala Buni, And to also assess the budgetary provisions made for persons with disabilities and other disadvantages groups for possible engagement. Immediately we arrived the state house complex, and after exchanging pleasantries with all stakeholders including the Governor on our way to gain entrance into the hallowed Chamber a security personnel who is yet to be identified Smashed me with life taking tears and rendered me lifeless for some hours, with no access to first aid or immediate medical attention.”

Isa added that the unprofessional conduct of the officers in an event that was supposed to be glamorous and inclusive is not acceptable and stand condemnable in it entity.

He recalled a situation that occurred earlier last week when a military Van bypassing traffic light in the City of Yobe crushed a young lady to death rendering her family hopeless. “Today this is happening to me, and by implications it can happened to any body tomorrow, He added

He called on the Yobe State Government and the leadership of the State Assembly to as a matter of urgency constitute an Adhoc Committee to investigate this barbaric act for possible fishing out of the perpetrators for possible sanctions.