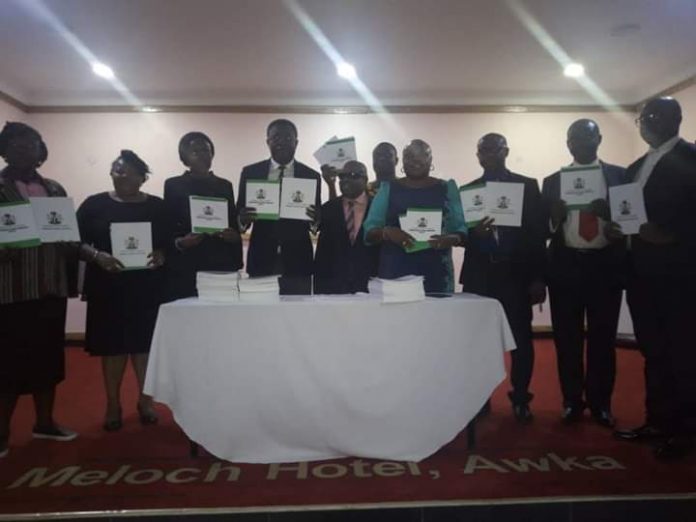 The British Council/European Union funded Rule of law and anti-corruption (RoLAC) program in Nigeria on Thursday launched the gazetted copies of the Violence against Persons Prohibition and Disability Rights Laws in Anambra state.

The event which took place at Best western Meloch Hotel, Awka the Anambra state capital, witnessed the presence of top Government functionaries including the Special adviser to the Anambra state Governor on Disability matters, Barr. Chukwuka Ezewuzie, representatives of the Chief judge of Anambra state, the commissioner for women and children affairs represented by the special assistant to the Governor on ministry of women affairs,Mr Onyeka Ebenebe, the Attorney general and commissioner for justice.

Also at the event was Chairman of Nigerian Bar Association Awka chapter, FIDA, legal department of the Nigerian police, Members of the joint National association of persons with Disabilities (Jonapwd), Disability law centre, members of several civil society organisations and the media.

The event was the launching of the official gazetted copies of the Above stated laws which was sponsored by RoLAC and other Disability people organisations.

It could be recalled that the Executive Governor of Anambra state signed into law the VAPP and Disability rights laws in March and December 2018 respectively.