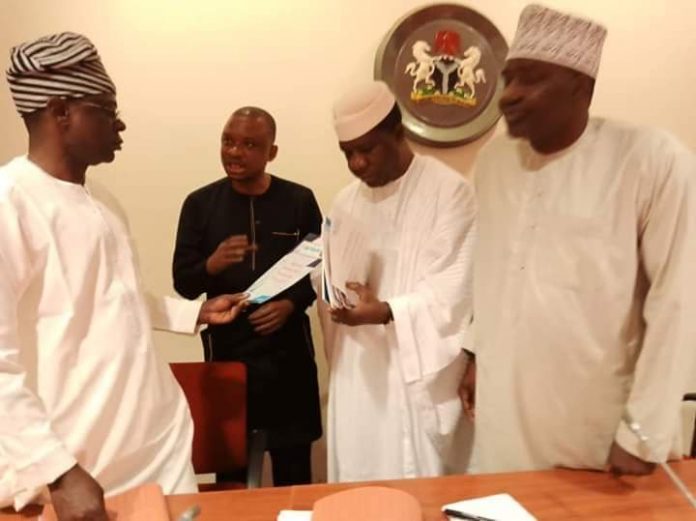 Center for Citizens with Disabilities (CCD) continues lobbying for the full implementation of the National Disability Act with a courtesy visit to the Chairman and members of the Senate Committee on Judiciary, Human Rights and Legal Matters at the Nigeria National Assembly.

The CCD advocacy team led by its Executive Director, David Anyaele was on Wednesday, 30 October, received by the Chairman, Senate Committee on Judiciary, Human Rights and Legal Matters, Sen. Michael Opeyemi Bamidele at the Committee room 305.

“It was a kind of reunion with our former Commissioner, Comrade Sen. Bamidele, who used to supervise disability issues in Lagos State 2003 – 2007 as a Commissioner for Youth and Social Development, under Chief Bola Ahmed Tinubu, the then Governor of Lagos.” Anyaele said

Addressing the Committee members, Anyaele urged the lawmakers to demand the full compliance with the provisions of the Discrimination against Persons with Disabilities (Prohibition) Act 2018, specifically section 31 of the Act, which provides for the establishment of National Commission for persons with disabilities. He presented copies of the National Disability Act and CCD research reports to the members of the Committee.

He also appealed to the Senators to move a motion on the floor of the Senate demanding for the full implementation of the Act amongst line Ministries, Departments and Agencies of the Federal Government.

In his words, Comrade Sen. Michael Opeyemi Bamidele said “It was really nice to see you again. By the Grace of God, I will work on the motion as soon as possible”.

VDI Distributes Palliatives to Needy, Women With Disabilities In Abuja

How 4,000 households in Ilesa benefitted from Osun commissioner’s COVID-19 relief...