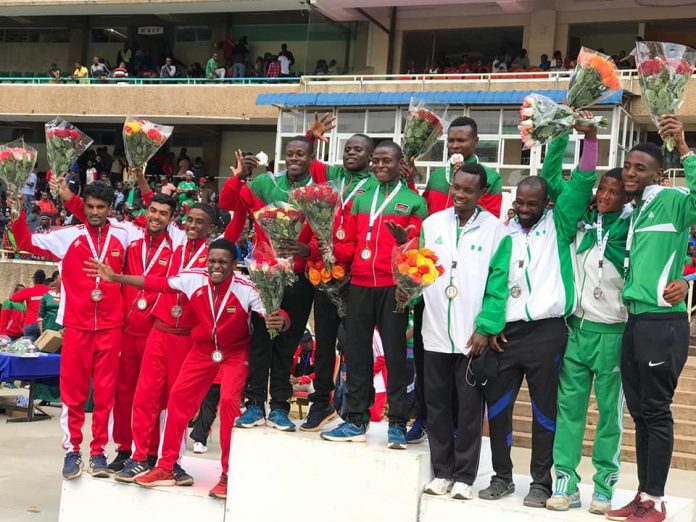 Kenya on Friday won seven gold, six silver and 10 bronze to cement their place atop the medal standings on the penultimate day of the Africa Deaf Athletics Championships at Moi International Sports Centre, Kasarani in Nairobi.

With only a day left before curtains fall on the inaugural competition, the hosts are beyond reach by any team, having won a total of 13 gold, 12 silver and 14 bronze medals.

Algeria are ranked second with one gold, three silver and one bronze. Twelve countries are taking part in the event.

The writing was on the wall right from the start of the men’s 3,000m steeplechase as the home runners Jacob Kibet, Wandia Wanjiru and Henry Kipsang took the lead after the first lap and interchanged positions on several occasions.

Kibet outsprinted his compatriots after the water jump in the final lap to cross the line in 9:15:90, leaving Wandia who had given his all in the last 100m to settle for second place in 9:15:91. Kipsang finished third in 9:44:71.

Kibet attributed his win to hard work in training and the tactical approach he took in the race.

“I knew my colleague (Wandia) would slow down at the water jump and it was the place for me to overtake him. I am very happy because I have been practising a lot,” said Kibet.

In 400m women’s final, it was redemption time for Linet Nanjala, after missing gold in the 200m on Wednesday. Nanjala timed 1:00:48 in the closely contested race to beat her compatriot Ruth Awuor, who finished second in 1:00:80. It was also Awuor’s second medal of the competition, having scooped bronze in the 200m women’s final.

Nigeria’s Assurance Omoria came third in 1:01:18, which was also her second medal of the competition after she grabbed silver in 100m women’s final on Tuesday.

The script was the same in the 400m men’s final, with Simon Gona winning in 49:42 to put his name in the list of gold medallists. Nigeria’s Temitope Olawiyan followed in 49:67, while another Kenyan Isaac Atima was third in 49:84.

In the field events, Geoffrey Ochieng’ struck gold for Kenya when he scaled 1.65m on his second attempt. Before, Ochieng’ and Ethiopia’s Million Kifle were on fine form, as they did not stumble in their first attempts of every level, which started at 1.30m.

Kifle needed three attempts to go above the 1.65m and bag silver, while another Kenyan Joseph Kago, emerged third.

Benjamin Kimitei and Hillary Chirchir scooped gold and silver respectively in the men’s javelin event, which attracted 12 competitors. Kimitei first round-effort of 48.43m is all he needed to win gold. Chirchir came a distance second with a throw of 42.83m, which he achieved in the second-round while Ugandan Andrew Oduor was third with a throw of 41.36m.

See the Photos below 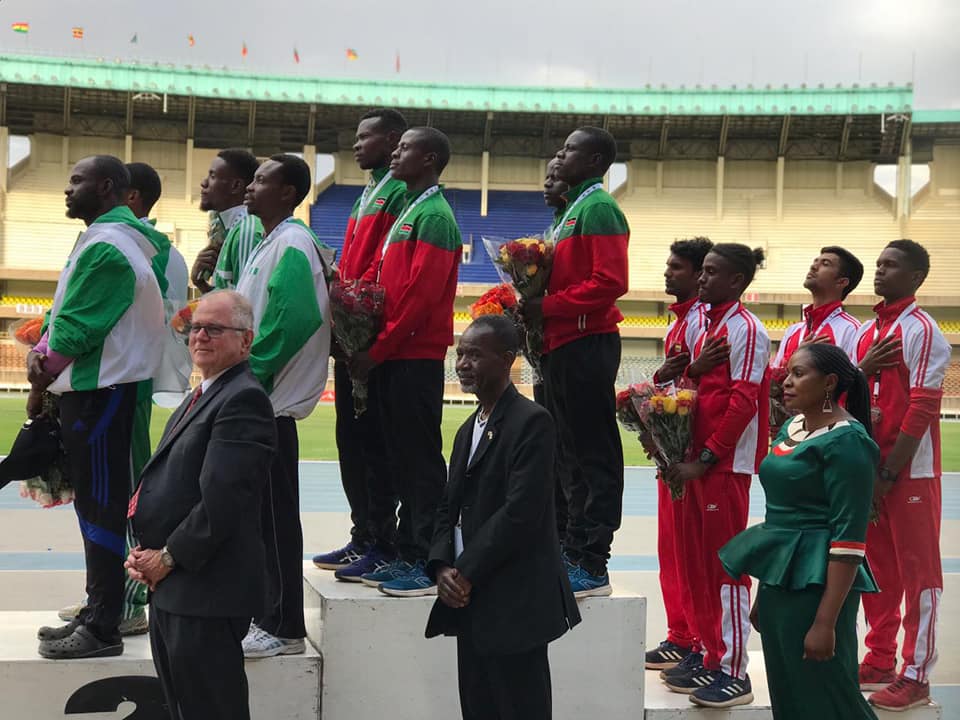 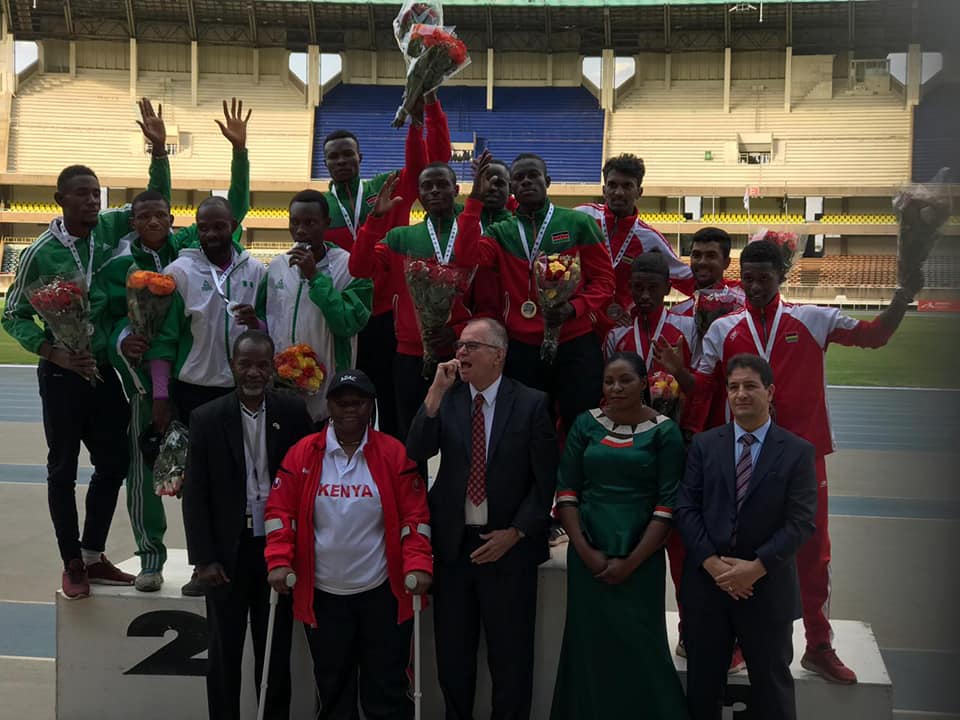 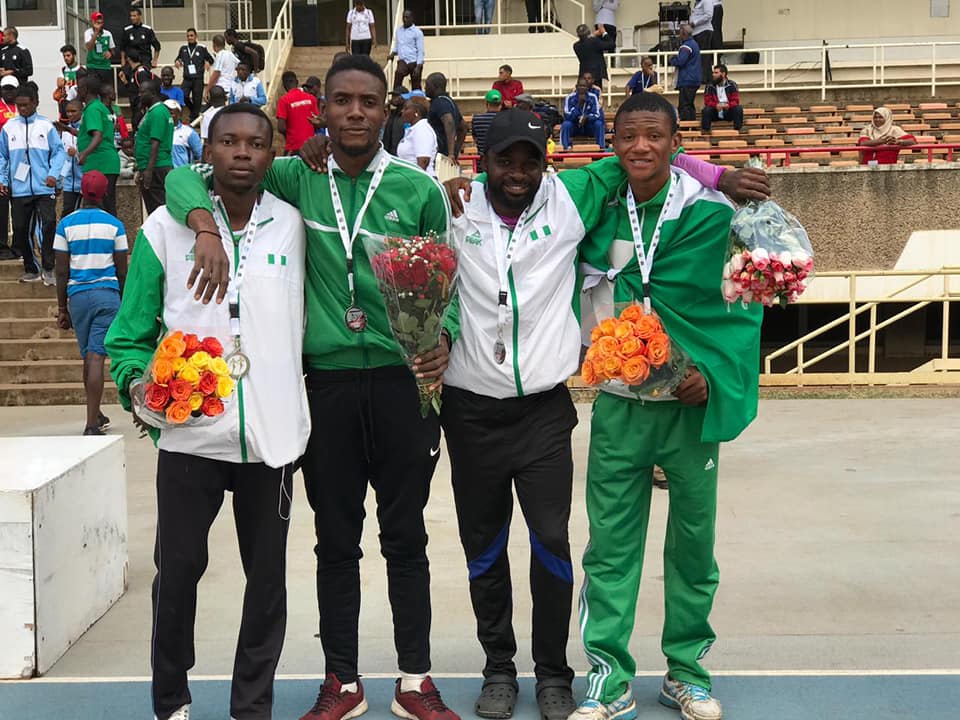