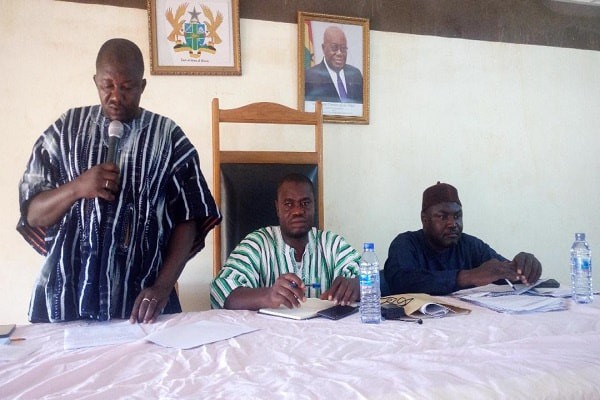 Members of the Sissala West District Assembly have kicked against borrowing from the Persons With Disability (PWDs) account.

The members said the fund belonged to poor and vulnerable group of persons and should always be disbursed expressly to the beneficiaries in order to avoid the temptation of borrowing.

The members who kicked against the practice at the second ordinary meeting of the Assembly in Gwollu, the District capital, said the law frowned on borrowing of the fund and should be adhered to.

Other issues that featured prominently in the deliberations of the house included; the issue of fertilizer smuggling, illegal logging of rosewood, security and auctioned Assembly properties.

The Assembly members suggested the tightening of security at the various borders and surveillance on unapproved roads to check the issues of fertilizer smuggling and illegal logging of rosewood in the district.

Members also impressed upon the Assembly secretariat to furnish the house with list of items auctioned, the cost per item and the total amount realised to satisfy the house on transparency and accountability.

Meanwhile, Mr Mohammed Zakaria Bakor, the District Chief Executive (DCE), earlier in his address, said the Assembly received GH¢48, 911.63 as its share of the Disability Common Fund for the first quarter of 2019.

A total amount of GH¢63, 936.00 has been disbursed as support to 156 PWDs in areas such as education, rearing, farming, equipment, health, and social support.

He announced that the Assembly also received an amount of GH¢260, 959.08 as its share of the District Assembly Common Fund for the first quarter of 2019 and had since been used to support on-going projects and programmes of the Assembly.

Mr Bakor said Assembly’s performance in revenue mobilisation improved quite remarkably as it was able to realise GH¢185,579.61 by the end of July, 2019 representing 82.12 per cent of estimated target.

He said the revenue was being earmarked to be expended on capital projects such as rehabilitation of their major markets in Gwollu, Zini, and Fielmuo.

The DCE also disclosed that an amount of GH¢2,400,000.00 was received under the Ghana Productive Safety Net Project (GPSNP) and a work plan covering four areas namely; small earth dams and dug-outs, feeder roads nurseries and plantations have already been submitted for approval.

He said the 37 out of the 50 number boreholes under the Water and Sanitation Project have already been drilled, and called for continued cooperation and support from Assembly members to ensure the completion of the project.(GNA)