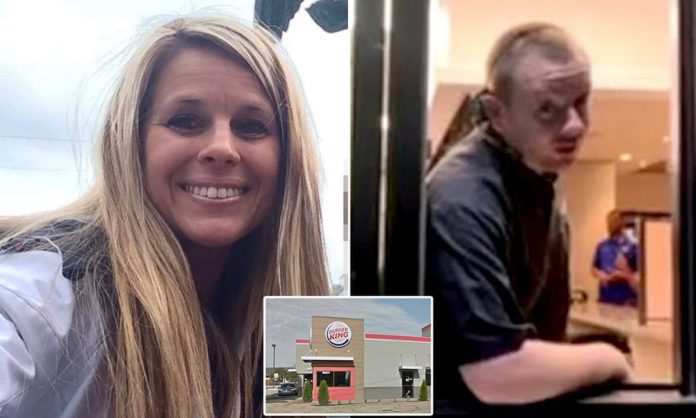 A deaf woman who says she was denied service at an Oklahoma City Burger King is set to sue the fast food restaurant.

Rachel Hollis has hired a legal team to represent her, claiming the restaurant is violating the Americans with Disabilities Act.

“It is too busy, too busy ma’am,” a metro Burger King employee can be heard saying to Rachel Hollis in video of her visit to the drive-thru.

“It was like I was nobody,” Rachel Hollis said.

They’re now starting the process of filing a lawsuit, claiming the restaurant is “failing the deaf community” and ignoring the Americans with Disabilities Act.

Perhaps their most crucial piece of evidence is the video Hollis recorded. “You see the anger in them because a deaf person has slowed their process down,” Attorney Cameron Spradling said.

In the video, Hollis goes straight to the drive-thru window and hands the employee her order, which was typed out on her phone. She is then given a note saying, “I can’t do a full order at the window. Too busy,” along with a thumbs up.

Meanwhile, another employee calls the police. “I have a lady that’s stuck, sitting in my drive-thru and won’t move,” the employee tells the 911 dispatcher. “She just pulled up to the window and my drive-thru is all the way wrapped around.”

Later, the man motions for Hollis to come inside. “It has nothing to do with your disability,” the employee said. “I have a disability, too.”

“If this is a multibillion dollar international company how come they do not know better?” Spradling said.

That’s exactly what this pending litigation asks, pointing out that this particular location was part of the franchise’s “Burger King of Tomorrow” plan. Through this plan, the restaurant added a “simplified ordering journey.”

The letter also mentions the McDonald’s across the street, which has a sign telling “customers with speech or hearing difficulties to pull up for assistance.”

Burger King told KFOR the employee in the video was fired and that specific restaurant is going through sensitivity training.(Fox 5)