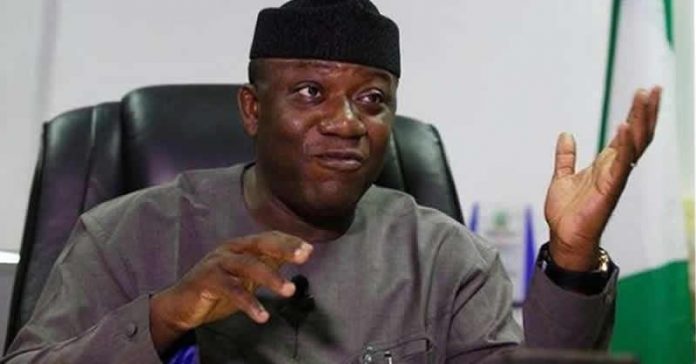 No fewer than 50 destitute and people with mental health conditions were on Wednesday evening removed from the streets of Ado Ekiti and Ikere Ekiti in a bid to rehabilitate them.

The Commissioner for Women Affairs, Chief Moji Fafure, said they would be reunited with their families to begin normal lives after rehabilitation.

Fafure said in Ado Ekiti after the exercise that “the move became necessary to clear the streets of such deranged people that are becoming a nuisance and could pose a threat to public peace”.

Fafure said that those removed from the streets were taken to the Government Rehab Centre for needed care after which they would be released to their relations if they are ready to sign undertakings that they would not be found roaming the streets again, especially the state capital and its environs.

She lauded the Governor, Kayode Fayemi, for releasing money on monthly basis to clothe, feed and purchase various drugs for the persons with disabilities. (Punch)

ATHLETES FEEL BULLIED BY CLASSIFICATION PROCESS TO COMPETE IN PARALYMPICS