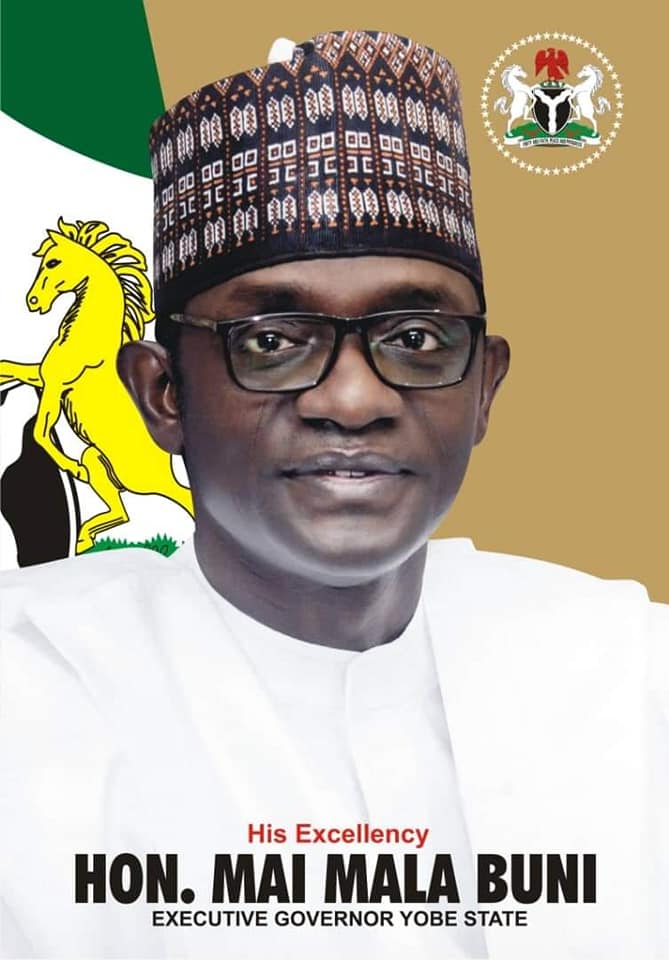 In complaince  with inclusivity in governance, Yobe State Governor, Mai Mala Buni has ordered the inclusion of 20 students of physically challenged status to be included in the on going    scholarship scheme to indigent Yobe State Students.

The orders of the governor is contained in a statement signed by the Northeast Zonal Special Leader of All Progressive Congress(APC) Comrade Mohammed Abba Isa who is also a member of the Yobe State Technical Committee on the revitalization of Education in the State..

The statement which described Gov. Mai Mala Buni as the ‘Mater of Inclusion the scholarship will only cater for the physically challenged students who passed their WAEC with five credits including English and Mathematics who will be heading to a Turkish university for their studies after the selection process.

The Statement however announced that students with visually impaired and the one with hearing impairment will not be considered for this time but called on them to be patient as they would be considered in the next batch.

Comrade Isa also expressed gratitude on behalf of his people to the governor for giving them the opportunity, while calling on other states to emulate from Gov. Mai Mala Buni.

The Statement reads in full:

“This is to inform the members of National Association of Persons with Physical Disability (NAPWPD) Yobe state chapter, that His Excellency the most disability friendly Governor, Governor Mai Mala Buni the executive governor of Yobe State has approved the selection of twenty (20) Persons with physical disability across all local government of the state who passed with 5 credit including Maths and English in their O’level for immediate consideration for traveling to Turkey for their university studies under Yobe State Undergraduate Scholarship Program.

“While we commend his Excellency’s gesture for this wonderful opportunity we also want to use this opportunity to inform other disability clusters visually impaired, Hearing impaired and others that, the selection would be done in batches as such subsequently other clusters would be considered.

“Conclusively, while this remains first of its kind in the State and the entire country we encourage other state to learn from the good gesture of master of inclusion himself.

“We remain grateful and May Allah SWA guide you in achieving your good vision to the people of Yobe State Amen”.

Analyst observed that the governor’s initiative  to give such an opportunity to people with disability is one strategic investment that would have a long term effect on the empowerment of people with special needs in the society.

Lagos to give 10,000 radio sets to pupils for homeschooling, says commissioner