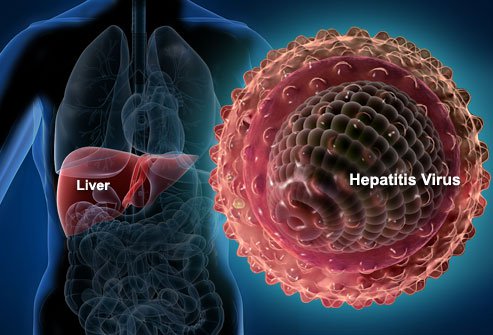 More than 20 million Nigerians may be living with Hepatitis B virus unknown to them, Anambra State Commissioner for Health, Dr. Vincent Okpala, said on Monday, in Awka.

Okpala made the declaration in his office while receiving the Rotary Club of Awka Smith Town, led by Rotarian Uzoamaka Okonkwo.

According to Okpala, who linked his position to World Health Organisation (WHO) sources, there are about 38,000 deaths recorded annually as a result of Hepatitis B.

“Nigeria contributes significantly to the burden of chronic viral hepatitis infection globally with the prevalence of 11 per cent and 2.22 per cent for viral hepatitis B and C respectively.

“This corresponds to above 20 million people living with the virus in a population of 198 million who are not aware, and are at the risk of developing chronic complications of liver cirrhosis and primary liver cell cancer,” he said.

Okpala, while emphasising the need for everybody to join in the fight against the spread of the disease, said that awareness was key to the fight.

He reeled out a number of measures to include prevention of harmful cultural practices, such as traditional circumcision, tribal marks and scarification.

Okpala thanked the club for embarking on the hepatitis campaign, noting that without early detection and linking the carrier with care, millions of Nigerians would continue to suffer and die of the disease.

Meanwhile, the leader of the group, Okonkwo said the team would offer free hepatitis screening service at Onitsha Drug Market at Bridge Head, to mark the 2019 World Hepatitis Day, which was marked on Sunday.

According to him, marking the World Hepatitis Day is the best way to spread the awareness message and ensure that people get to know their status.

The plan of the club, he said, was to make Anambra people hepatitis free. (NAN/The Nation)

WHO and partners call for urgent action on meningitis to reduce deaths, disability

EXTRA: We may ask Madagascar to send us a plane load...

Elimination of cervical cancer in Nigeria possible – WHO official