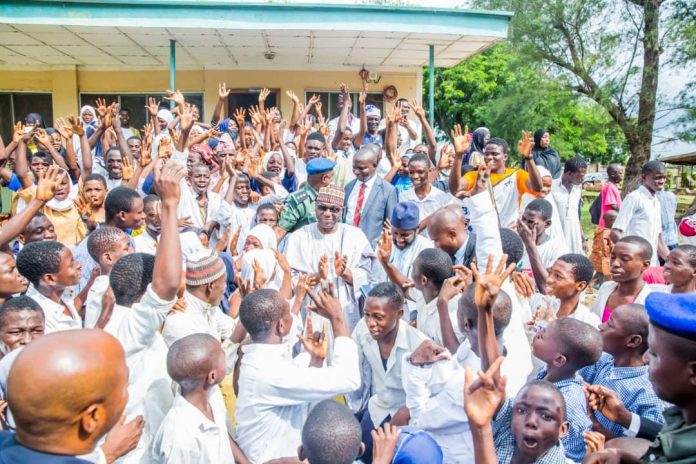 Kwara State Governor Abdulrahman Abdulrazaq has apologised to pupils of School for Special Needs in Ilorin over the poor condition of the school.

A statement issued by Media Aide to the governor, Rafiu Ajakaye on Saturday in Ilorin, said Abdulrazaq gave the apology when he visited the school.

The governor who expressed displeasure at the poor facilities at the school said “now that I have seen things for myself, I know the depth of the problem we have in this sector and we will be responsible in allocating scarce resources.

“We will come back here to ensure that basic standards are met. The truth is that basic needs are not met and it is a shame.

“As a government, we want to apologise for living in this kind of condition and we will make sure that minimum standards are met,’’ the governor said.

Abdulrazaq directed the Permanent Secretary, Kware State Ministry of Education and Human Capital Development, Hajia Mariam Garuba to urgently submit a recommendation to the government on what the school needs to give the children a good head start in life.

He also commended the pupils and teachers of the school for their resilience and commitment.

Also speaking, Aroyehun Faoziyah, principal of the school said they lacked basic amenities to take care of the children, including modern infrastructure as the classrooms were totally dilapidated.

She said that the school’s clinic also needs essential drugs to treat the pupils when they fell ill.