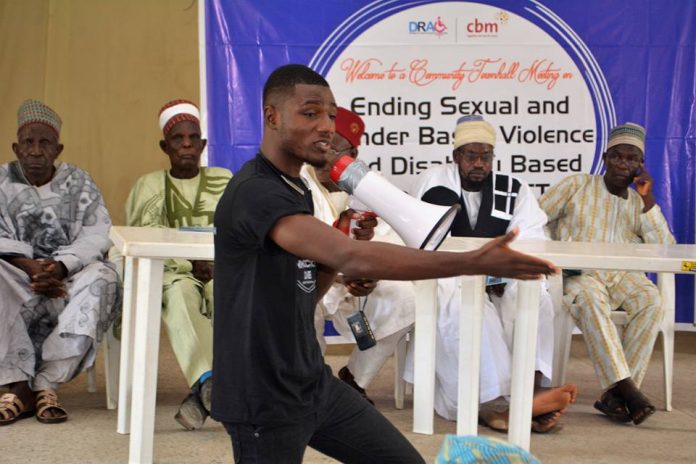 The project powered by CBM is designed to educate the people of  FCT in the six area councils of FCT on Discrimination against persons with disabilities (Prohibition) Act and Violence against Persons Prohibition Act (VAPP ACT) using the simplified version of the Acts.

The event was attended by some important elders of the community, leaders of disability community, youth leaders, women leaders, traditional leaders, CAN representatives and Chief Imam representing the Muslim community.

The simplified version of the Discrimination against Persons with Disabilities (Prohibition) Act 2018 and Violence against Persons Prohibition Act were displayed to them using well illustrated posters in local language to their own understanding. They asked questions after the presentations and their questions were well attended to. The Chief Imams and CAN representatives present gave their goodwill messages to the team.

The team assured the community that there will be second coming of the team which will centre on the economic empowerment of people with disabilities especially women and girls.

Rounding off the consultation, the community unanimously declared to promote and respect the human rights of Persons with Disabilities in the community and they also made commitment to change negative societal norms and practices against persons with disabilities especially women and girls.

Below are the community declarations:

We declare that will seek to resolve Discrimination against persons with disabilities in our community.

PWDs especially woman and girls are given opportunities like everyone else in the community.

Existing and New buildings will be made accessible to persons with disabilities.

ALDIN Laments Exclusion Of The Deaf In Covid-19 Campaign