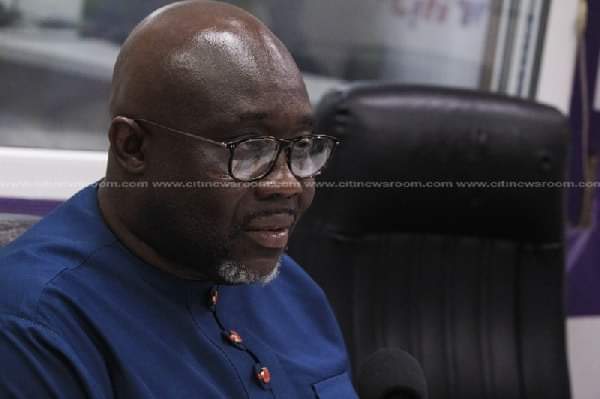 “Mr Speaker, as a result of the unfortunate accident I suffered seven months ago, which has left me temporally disabled, I have become more sensitive to the plight of persons with disability (PWD) and I am able to provide first hand challenges of the access limitations experienced by PWDs,” the MP said in a statement in Parliament, in Accra, on compliance to the Disability Act, 2006 (Act 715).

He added: “As an example, my access to the Chamber Hall as a Member of Parliament has been very challenging. There have been many occasions when the lift has been out of service, forcing me to painfully climb up the stairs in order to access the Hall of the Chamber. “The lift has not been working for over two months now. The limitation of access to public places is more acute to persons in wheelchairs.”

Nenyi Andah described the Persons with Disability Act, 2006 (Act 715), as aiming at ending the discrimination facing people with disabilities, and considered one of the key achievements in Ghana’s human rights discourse.

“It removes the barriers and provides persons with disability the opportunity to be full citizen and not spectators of our society,” the MP said, and explained further that, it covers key areas, as Accessibility, Employment and opportunities and creation of Public Awareness as well as removing the Stigma against PWDs.

He drew the attention of the House to Section 6 of the Act, which enjoins the owner or occupier of a place to which the public has access, to provide appropriate facilities that would make the place accessible and available for use by Persons with Disability.

Nenyi Andah said strides had been made in Government assistance to PWDs in terms of benefits and other forms of assistance, such as increasing the Districts Assembles Share of the Fund for PWDs from two to three per cent, and ensuring 50 per cent of the people who manage the country’s toll booths are PWDs.

“I want to commend the Ghana Highway Authority and other stakeholders for the good work done in ensuring that the Adenta-Madina footbridges are disability friendly,” Nenyi Andah said.

He however called for continuous education of the general public to be aware of the barriers experienced by PWDs for the necessary measures to integrate them into society.

The Awutu Senya West Legislator called for more designated parking spaces for the PWDs, and for enhanced access by PWDs to the Chamber Hall of Parliament, the Supreme Court Complex Building, the Independent Square and the Ministry of Gender, Children and Social Protection as well as other public buildings.

Nenyi Andah condemned recent images on social media mocking the disabled and called on all hands to be on deck to enhance the evacuation of the disabled in times of emergency.