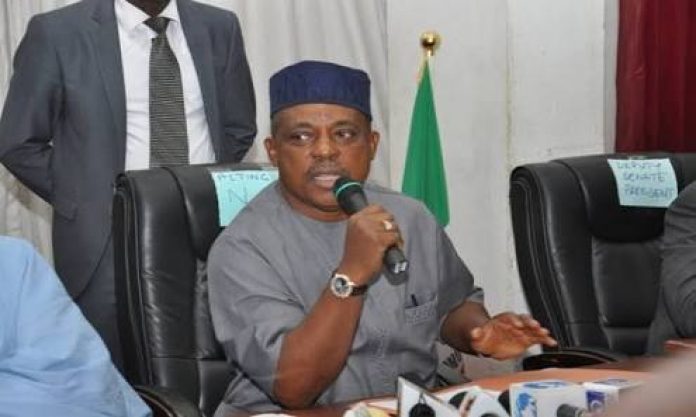 The federal government has responded to the challenge of the Peoples Democratic Party (PDP) which dared it to name its members who are “looters”, as it lists PDP national chairman, Mr Uche Secondus and Chief Raymond Dokpesi as Looters, INN reports from source

Kola Ologbondiyan, spokesman of the opposition party, had asked Vice-President Yemi Osinbajo to either name those accused of being corrupt or keep quiet.

INN gathered that Ologbondiyan said this after Osinbajo vowed not to stop talking about the alleged corruption under former President Goodluck Jonathan.

At a press conference in  Lagos on Friday, Lai Mohammed, minister of information, said the identities of “looters” were unveiled as a result of the challenge of PDP.

On the list are the names of Uche Secondus, chairman of PDP; Olisa Metuh, ex-spokesman of the PDP; and a former aide of Jonathan.

“The PDP has challenged us to name the looters under their watch. They said they did not loot the treasury,” Mohammed said.

“Well, I am sure they know that the treasury was looted dry under their watch. Yet they decided to grandstand. This shows the hollowness of their apology. This list is just a tip of the iceberg, and the PDP is aware of this. We did not make these cases up. Many of these cases are in court and the records are available.” Mohammed further said.

“Some of the people on this list are seeking to plea bargain, and that is a fact. We insist that Nigeria was looted blind under the watch of the PDP and that the starting point in tendering an apology is for them to return the loot.

“It’s like a robber admitting to stealing your car and apologising, but then saying he will keep the car anyway. It doesn’t work that way. The PDP is a hypocrite. And that reminds me of what English writer, William Hazlitt, said: ”The only vice that cannot be forgiven is hypocrisy. The repentance of a hypocrite is itself hypocrisy’’’

“We will not stop talking about the massive looting by the PDP. They brought Nigeria to this sorry pass. We are now looking around for loans to build infrastructure, and they ask us not to talk about it. we will talk about it.”

Below are the names released by Lai Mohammed and the allegations levelled against them: