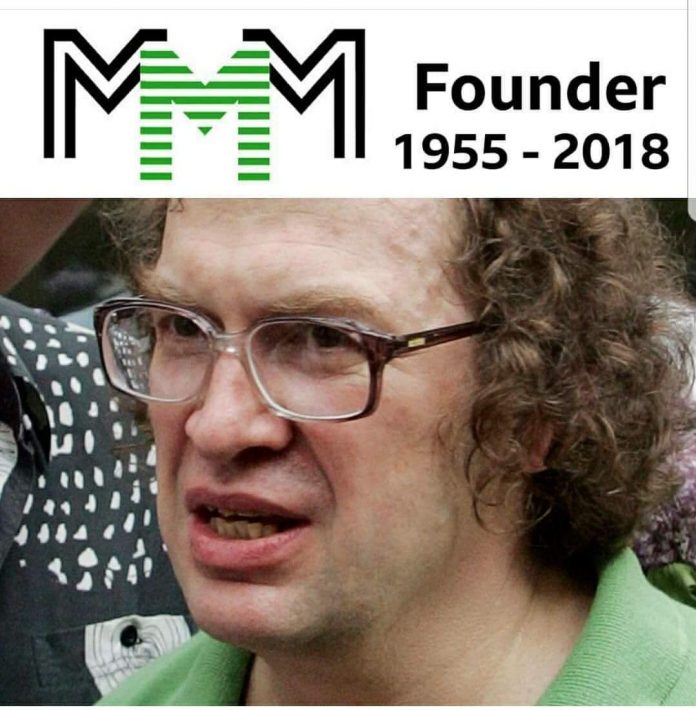 Russian businessman Sergei Mavrodi, 62, whose MMM pyramid scheme deprived millions of Russians of their savings in the 1990s, has died of a heart attack, INN reports.

According to Russia media. Reports said the 62-year-old was rushed to the hospital late on March 25 with pain in his chest and died several hours later.

Mavrodi’s MMM financial pyramid was a typical Ponzi scheme in which earlier investors receive their profits from subsequent investors. Mavrodi promised returns of 20 percent to 75 percent a month, as well as lotteries and bonuses for investors. As soon as the number of new clients stopped growing, the pyramid collapsed, causing huge financial losses for at least 10 million people, in some cases leaving them destitute, INN learnt

INN gathered that in 2007, a Moscow court found him guilty of financial fraud and sentenced him to 4 1/2 years in a penal colony. In 2011, Mavrodi launched another pyramid scheme called MMM-2011, calling on investors to purchase so-called Mavro currency units in a bid to get rid of the “unfair” financial system. Some 15 months later, Mavrodi halted the project. From 2011-16, Mavrodi launched Ponzi schemes under the MMM brand in India, China, South Africa, Zimbabwe, and Nigeria. In many of those countries, Mavrodi’s operations were subsequently shut down or suspended.

Nigerians have taken to social media to share their views about the shocking development. INN could recall that many Nigerians also fell victim to the Ponzi scheme call MMM.

See some of the tweets below:

Founder Of MMM Sergey Mavrodi
Is Dead…. Prayers of Nigerians. 😨

Sergey Mavrodi is dead, who will refund my money? Who knows any of his relatives?

Sergey Mavrodi don kick bucket!!
When Baba Durojegbe’s money got hung on that MMM i knew he wasn’t going to allow the thing pass like that.

MMM, Sergey Mavrodi founder dies of attack in Moscow…
So Amadioha Can Kill Someone In Moscow?

RIP, Sergey Mavrodi, Russian pioneer of the post-Soviet pyramid scheme. You won’t be missed (except by the millions of people still expecting their payouts). https://t.co/hGolSnbPLH

The collective prayers of Nigerians might not work because it lacks sufficient faith but their curses are well intended, spiced with enough anguish and vitriol that usually can’t miss.

Fear Nigerians… Our curse(s) don’t miss.. we will back it up with Ogun, sango and Oya..

To those involved, Hopes are dashed… Smh!

So Sergey Mavrodi is dead?
Azzin MMM founder is dead?
African Juju no dey get border, e no dey use Visa.
Man thought he could scam the scammers themselves. pic.twitter.com/UnRm3V8hT2

Ogun has finally gotten a visa to work overseas. 😂😂😂

Someone said Sergey Mavrodi died because he was afraid of Nigerians coming to Russia for world cup in June. Man just had to die of heart attack.😂

He wasn’t a great man but he allowed us know which Nigerian bank is fast and reliable.

What do you think…share your comments

Sports Council to Assist in the Development of Deaf Sports in...