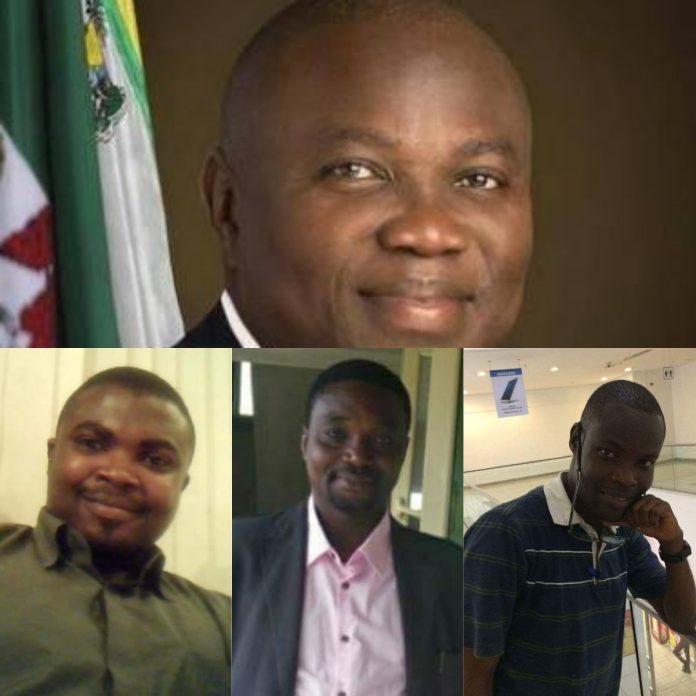 The deaf community in Lagos has called on the government to include sign language in the school curriculum along with other Nigerian languages, INN reports

This call was made by stakeholders within the deaf community in reaction to Lagos State Governor, Akinwunmi Ambode’s directive on Tuesday ordering public and private school proprietors in the state to make the singing of national anthem in Yoruba language compulsory in all schools within Lagos.

In an interview with INN correspondence, the President of the Deaf Teachers Association of Nigeria, (DTAN), Temitope Olaniyi, told our reporter that the Association supports the idea of introducing local languages in school, but would also posits that Sign Language be included to make it more encompassing.

“The introduction of Yoruba language as a medium to singing the national anthem and teaching in schools in Lagos state is a very good initiative,” Olayini said.

He added that no one can dispute the facts that teaching in mother tongue is the best way to impact knowledge and that learning is made comfortable when done in language that one understands.

Olaniyi pointed out that many students have poor grasp of English language which is used as a medium of instruction and so reading and comprehension which are basic requirements for learning  become very difficult for them.

“Therefore, using Yoruba language will definitely improve comprehension of what is being taught in schools for many student. The government is taking steps in the right direction,” Olaniyi said.

“Research have proven over and over again that students who learn more than one language do well in their studies than those with just one language. The government should show its commitment to this policy by initiating mass conversion of Textbooks, especially Science Textbooks, to Yoruba Language. A lot of people maybe thinking this is not possible, but if the bible can be converted to more than 1,000 languages, then it is possible. Conversion of Science Textbooks to Yoruba has the potential of reviving “Yoruba science” also.”

“Definitely this policy is a challenge to Deaf teachers and students. Our deaf students who wish to learn Yoruba can get their chance. However, we can’t force it on some who have no capacity to learn the language.”, He further explained

Olaniyi, however, questioned the effectiveness of the policy if Sign language, which is the language of the Deafs, is left out from it.

He pointed out that it was high time the government recognised Sign Language as one of the major languages to be taught in all schools in the country.

“While commending the Lagos state government for this great initiative, I appeal that the government should help put “Sign Language” also to the rightful place it belongs to,” Olaniyi added.

On his part, the NNAD South West Coordinator, Akinremi Suleiman Aderemi, told INN saying, “The Hausa language has its own indigenous sign language structured after the language. We Yorubas need to follow that pattern too. It is not a project for the government but for us Yoruba people to develop one. There is no end to what we can do as an ethnic group.”

He suggested that if the association wants the government to take it serious, it should start model signs for words in Yoruba so as to promote Yoruba culture and language.
“For the government to listen to us, we need to do our own homework and develop a sign language module for our deaf students,” Aderemi said.

Sharing his view, the chairman of  DTAN, Lagos chapter, Mr Abiola Adenuga, has said that the introduction of National Anthem in Yoruba may not stand the test of time.

“The government should rather work on how to develop sign language (deaf language) for effective communication between deaf and hearing people to bridge communication gap between the deaf and people with no hearing loss in our immediate environment,” Adenuga told INN.

According to him, the Lagos state educational law as regards Yoruba language anthem is like what he called “oju awo ran“.

He added: “It won’t stand a test of time because suppose someone with hearing loss wins governorship election in Lagos and he imposes sign language into the school curriculum, candidates must have  credit in sign language before gaining admission into higher institutions and then tomorrow a visually impaired man win governorship election, will he not also send a bill to house of assembly to enact law that all candidates must have  credit in Braille? I think the law is likely to fail. The government should review Educational Curriculum by including Sign Language at level of education because with sign language, all are equal. The major issue affecting those with hearing loss is communication barriers.”

When asked what he intends to do about the issue as it affects the Deaf community in Lagos State and possibly other states in no time, he further stated, “I plan to develop sign language club for effective communication between deaf and those with no hearing loss because with sign language, we are equal.”

The Myths And Misconceptions About Deaf People