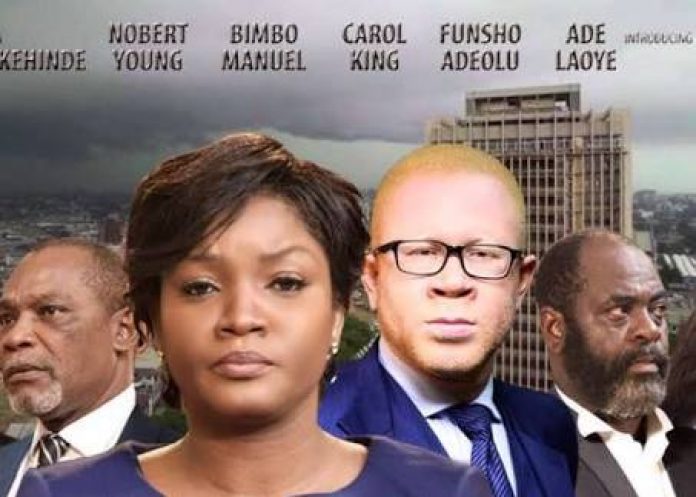 Enwerem Divine Henry, a Nollywood fan took the bull by it’s horn as he makes case for top Nollywood movies to have subtitles to satisfy the yearning of deaf viewers, INN reports

In an open letter written by him and also shared on facebook, Enwerem expressed his displeasure that the Nollywood industry doesn’t seem to cater for the need of deaf viewers by subtitling movies. He reminded stakeholders within the Nollywood that countries like India and China have greater number of viewers because they made provision for deaf viewers too.

See his open letter below and share your comments with us….

I finally become brave enough to write this open letter to you.
Let me start by lauding your good work and massive improvement in your Movies/Series/Films . I want to openly commend the efforts of all well-meaning, Nollywood art practitioners who, in one way or the other, have contributed to the growth and sustainability of this industry.
And to those coming with good intentions, may we receive you well.

My purpose for writing this open letter is to table a complaint which I believe is in a way, a problem which, if solved will no doubt contribute to the continuous growth of this industry, at least business-wise.

Without boring you, let me state that I do not know neither do I want to imagine what my life would be like without the likes of these movies, Idiots, Living in Bondage, Scarface,  First Blood and so. Not that these are the best I’ve come across but…such made lasting impact on my life not just because they’re good, but because I understand them very well.

Let me try to get to the point. Statistics show that of the over 170 million population of Nigeria, roughly 10 million are people living with hearing disability. (Deafness, if you chose to be that blunt)

These, although seen as minority, have greater of their percentage as highly talented, versatile and smart people. These are people who can make a great addition to the entertainment crowd. But…there’s a limit to what they can grasp in entertainment. Their condition limits the type and rate of entertainment they can enjoy.

These people with special needs require special attention to be won over. The movies I listed above were by no means too good they overshadow others, but I am able to enjoy them like most of you for the single fact that the movies came with features that satisfied both I and you. In my own case, the difference was that these movies came with subtitles.

It may interest you that a higher majority of people with hearing disability would rather not see any movie than see the ones they won’t understand. We all agree that there are more to movies than the moving pictures.

Mathematically (which I’m not good at, by the way), a producer whose movie does not have full subtitles, will lose me as an audience, lose two of my friends with hearing disability and lose some couple millions movie-loving Nigerians who have same disability . If the producer is good or lucky enough, his movie will travel to the neighbouring countries where he will lose some more millions in audience with similar problem. These aside, the movie will travel to where OUR English is not that easily grabbed and that’s another millions of audience lost. When a producer looks at all these and realizes that a common feature like full English subtitle on his movie would have attracted additional millions of audience, he will start counting his losses rather than his gains.

I was surprised when a friend told me that all that is needed to include subtitle in movies is extra editing and not extra millions. It is disappointing and tear-provoking that highly talked about movies like Wedding Party 1&2 and super budget movies like 10 Days in Sun City don’t have subtitles to satisfy audiences like us.

I’m stunned that highlyl educated and trained Nollywood  filmmakers have not weighed in on what positive difference satisfying all their audiences with simple features like subtitles would make.

Why won’t we wait for pirated copies when the original copy would have me just ogling our pretty actresses? Why will I go to the cinema when everybody but I would enjoy the movies?

I’ve been approached by some number of people who wants this issue addressed and the change effected, but I am not yet in the position to help. But I’ve come openly to speak out with the hope that some well-meaning Nollywood filmmakers might take note and consider satisfying a larger audience than they currently have.

Doesn’t it speak volume that the Indians, Philippines and Chinese have continued to have a formidable market force here even while most of the time, speaking their native Languages.

While features like subtitles will greatly benefit people with hearing disability, it can also help some other people who have admitted they liked reading subtitles more than listening to our Actors. And to make matters worse, some of our actors speak impossible English in their bid to impress. Which one is ‘since over last two years ago’?

Give us full subtitles and not a case of (Phone conversation) in bracket. Of course, we know they’re having a phone conversation. What we want is to know what they’re talking about so we can follow up. Make una increase una audience and win more followers by thinking about satisfying beyond the ‘normal’ populace.

I’ve just spilled a secret I kept from Facebook for 6 good years. Don’t let it end in fun…let it inspire a change; let it start a revolution.