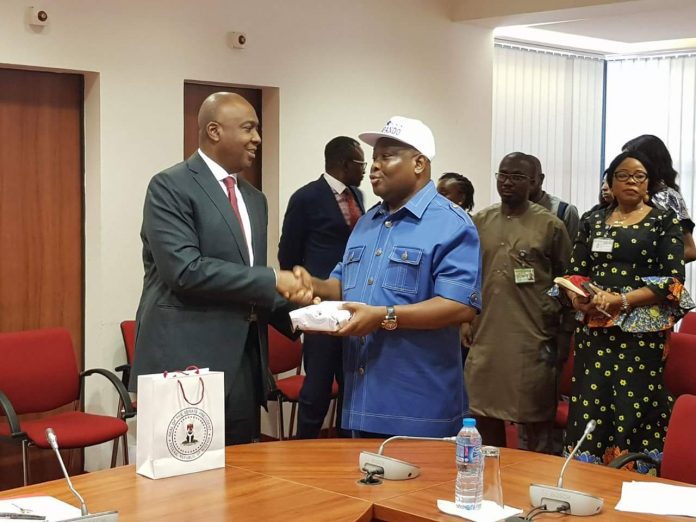 The President of the Senate, Bukola Saraki, on Wednesday 28 february, in Abuja said that the National Assembly would transmit the Disability Bill to President Muhammadu Buhari within 30 days for assent, INN learnt from source

Mr. Saraki made the assertion when the “Kapakpando Foundation”, a non-governmental organisation, led by its Chairman of Board of Trustees, Osita Izunaso, visited him at the National Assembly Complex.

Mr. Saraki said that the bill was supposed to have been transmitted long ago having been passed by the two arms of the National Assembly.

According to him, this bill had no business in the National Assembly because it was passed ”but I am disappointed that due to administrative bottlenecks it had not been transmitted.”

“However, may I assure you that within 30 days, this bill will be sent to the President for assent because over 95 per cent work on it has been done.

“It should have come earlier but be assured that before the end of March the Senate will work assiduously to ensure it is transmitted for assent because we must provide the best of opportunities for the disabled,’’ Mr. Saraki said.

Earlier, Mr. Izunaso, urged the leadership of the National Assembly to facilitate the transmission of the bill to the president for assent.

The Senior Special Assistant to the President on Disability Matters, Samuel Ankeli, commended Mr. Saraki over his assurance that the bill would be transmitted within 30 days for assent.

He said, “It is a thing of joy that that within 30 days we will be celebrating that the harmonised version of the bill is transmitted for assent.”