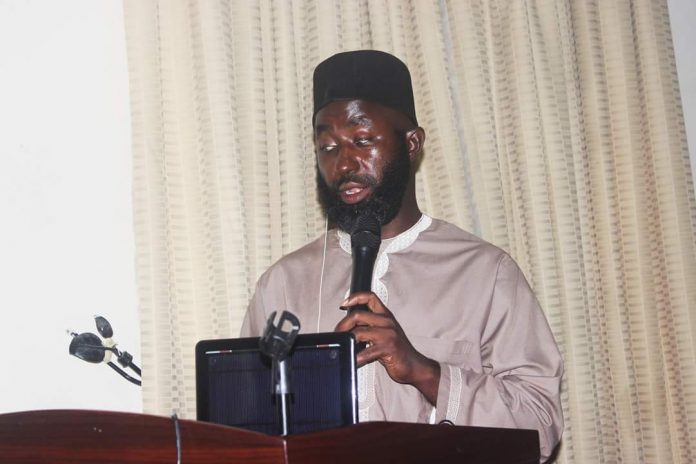 In a massage posted and shared on Facebook, to the Voice of Disability Initiatives (VDI), Mr Adebukola Adebayo enjoined People With Disabilities (PWDs) to avail themselves of job opportunities available for them within private school within and around Lagos State, INN reports.

Mr Adebayo, who is the General Secretary of JONAPWD Lagos and Member Board of Trustees of LASODA, made the call while sharing the information on his Facebook page. Reading him he says  “Hello Lagosians, EMPLOYMENT OPPORTUNITIES FOR SPECIAL EDUCATION TEACHERS FOR THE BLIND, DEAF, LEARNING DISABILITIES, ETC!!! More and more private schools
in Lagos State are now adopting inclusive education practices by admitting children with disabilities.

Explaining further, “This is creating several full-time and part-time employment opportunities for qualified and competent professionals in special education”, he said.

He enjoined qualified and interested pwd applicants to share their current Curriculum Vitae (CVs)
with him via: bayo4all@gmail.com

He assured that the schools that are in serious need of their service would contact them for immediate consideration.

Giving Hope to People With Disabilities

In related development, the Hopeville Rehabilitation Centre has heaped on giving Hope to People With Disabilities.

When violence erupts and people get maimed, it increases the number of people living with disabilities. Emmanuel Ugwu was at a conference on disability and rehabilitation held at the Hopeville Rehabilitation Centre Uturu and captured the message of peace sent by the inmates
Immediately the Nigerian Civil War, commonly known as the Biafran War ended in 1970, a rehabilitation centre was set up to repair the damage done to human lives and limbs. Located in Uturu in Isuikwuato Local Government of Abia State, the Hopeville Rehabilitation Centre has remained a sore reminder of the sad lessons of Nigeria’s brutal civil war.

INN learnt that the post-war inmates of the centre whose disabilities were caused by the civil war had all been trained and rehabilitated. The present inmates of the centre are people living with disabilities (PWDs) of various forms. Though these PWDs are by no means victims of war they sure know the devastating effects of war and violence hence they could not understand why war and violence should be part of human existence.

“I don’t know why people fight in this world when they have little time in this world…vanity upon vanity,” the inmates of the centre sang in a welcome song they rendered during the last year Disability and Rehabilitation Conference on October 24, 2017. It was instructive.

“The message of peace can only come out of a centre like this,” said Uche Ogidi-Okonkwo, the coordinator of Yet Network Resources, the organisers of the conference with the theme: ‘Overcoming Disability and its Challenges’. He said that apart from infusing self confidence on the PWDs the choice of Hopeville, fondly called the Home of Hope, to host the conference was also a means to send out the message of peace.

The pioneer inmates of the rehabilitation centre emerged from the Nigerian Civil War without one or more limbs. They were from the Biafra side and in dire need of care and help to repair their devastated lives.

According to the director of the centre, Rev. Br. Evans Okpalanachedo, “Hopeville is a brain child of the Marist Brothers of the Schools, province of Nigeria, through the ingenuity and empathy of late Rev. Br. Francis McGovern, an Irish missionary in the year 1970.”  He said that the centre commenced with the training of the inmates in various fields of trade/handcraft such as shoemaking, bag making, cabinet making, tailoring, radio-television mechanics, and automobile mechanics, among others. “The centre renders absolutely free training and services to all her inmates,” he said.

The historical account of how the Home of Hope came to be was corroborated by the traditional ruler of Umuanyi Autonomous Community, Eze Uwadiegwu Ogbonnaya, who lauded the Marist missionaries for their humanitarian activities during and after Nigerian Civil War. “People came to the centre with lost limbs,” he recalled, adding that the establishment of the rehabilitation centre brought huge relief and hope to the people with disabilities (PWDs). The royal father noted that living with disability is never a choice for those affected hence the PWDs should not be blamed for their conditions.

Ogbonnaya, who is a veteran journalist and fellow of Nigerian Guild of Editors (NGE), called on both federal and state governments to make budgetary provisions for the rehabilitation of PWDs. He argued that PWDs need special care hence they should not be allowed to depend on charity before they could realise their potentials. Nonetheless the monarch urged the inmates of Hopeville and indeed all PWDs not to allow their conditions to weigh them down. “You can be whatever you want to be in life. The sky is your limit,” he said.

The organiser of the conference, Ogidi-Okonkwo lamented the neglect of PWDs in Nigeria as those in policy making positions hardly take them into consideration when planning and constructing social infrastructure. He said that PWDs should not be allowed to struggle with able-bodied people for access to public transport, adding that they should also be provided with special facilities at public buildings.
“They are special people; they deserve the best and we should give them the best,” he said. But the keynote speaker at the event, Professor C.C. Ekennia said that irrespective of the way the society regards and treat those with disability what matters most was the personal attitude of PWDs to their condition.
“Your attitude and the environment created by the society can make you achieve what a full bodied person can achieve,” he told the PWDs, adding that attitude is a major determinant of how far a PWD can cope with his/her condition.

Ekennia, who is a professor of psychology at the Abia State University Uturu (ABSU) explained that disability “is in everybody’s ecology either temporarily or permanently” and could be experienced at one point in a person’s life. But according to him, a condition of disability really becomes a disability when the affected person “looks at it as a challenge.”

The university don, who some years back experienced disability after a road accident, therefore advised the PWDs against indulging in self pity and hopelessness. “Disability doesn’t mean that God doesn’t love you. The worst could have happened,” he said, adding that PWDs should always hold their heads high as they have the same intellect as able-bodied people to accomplish great things.
“Don’t allow your impairment to give you inferiority complex. You should emphasise your ability and make it to be your pride. You should build your confidence around the area you have comparative advantage,” Ekennia advised