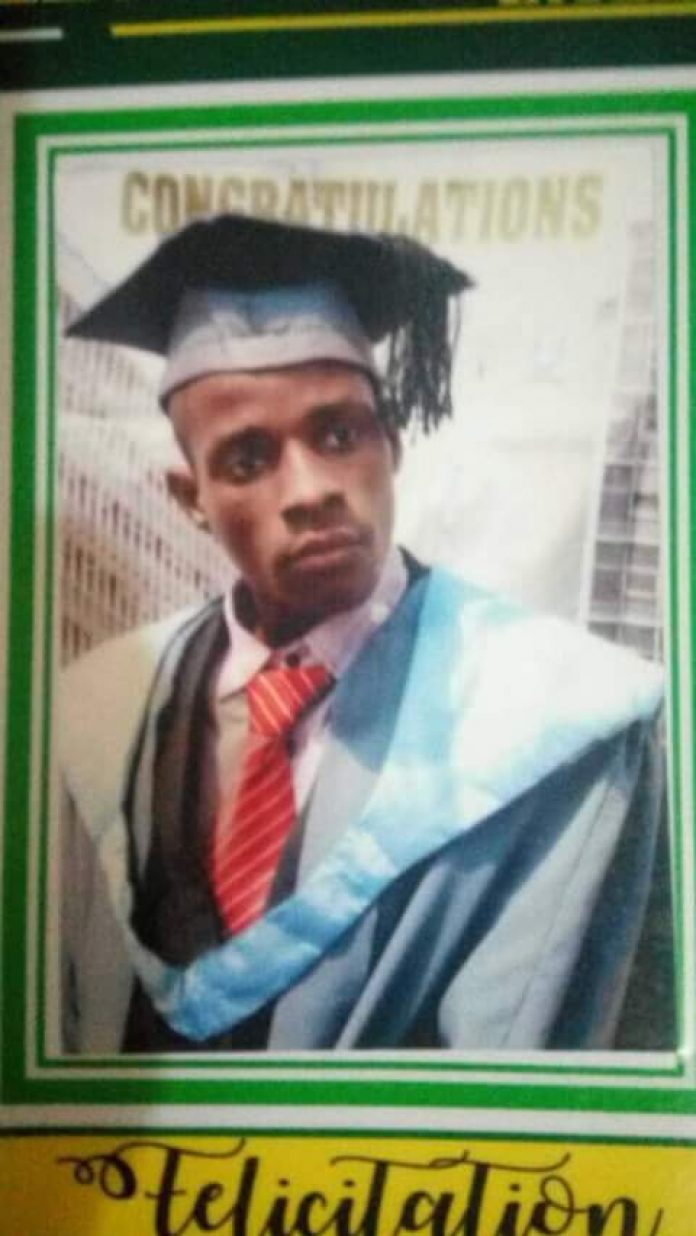 About 14,771 graduates of the National Open University Nigeria, Abuja were awarded degrees in various disciplines during the last convocation ceremony of the institution. One of them is Joshua Sopeju, who studied Computer Science.

Sopeju clearly stood out in the crowd for his uncommon courage and determination to complete his course, despite living with cerebral palsy – a condition marked by impaired muscle coordination and caused by damage to the brain – for 30 years.

The fresh graduate’s feat has since left his siblings, parents and other relatives bubbling with joy.  Unable to contain her excitement, his elder sister, Mrs. Mojola Sopeju-Mufutau, took to the social media to reveal that his condition was due to poor medical handling. 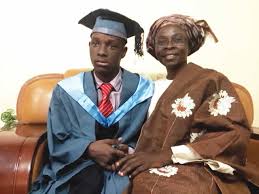 She also recounted how he struggled against all odds to overcome his disability.

She wrote, “For 30 years, you lived with cerebral palsy. Yet, you didn’t give up. Yours was a case of prolonged labour. As an infant, it took you almost a whole day to utter your first cry. I remember how we, your siblings, took turns to carry you on our backs to church and school. Our backs ached as you grew older. But we carried you all the same. We took turns to bath you, clean you up and get you set for the day.

“I remember why our youngest brother, Samuel, was made to write the Common Entrance Examination. Both of you moved on to secondary school. I remember when reality set in and Samuel gained admission into the university. You were alone, afterwards; staying indoors for 14 years. But you were strong. Now see how you have made of us proud!”

Sopeju, in an interview with our correspondent, attributed his success to God and good parenting.  Although he completed the four-year course in Computer Science in eight years, the fresh graduate said he felt fulfilled and proud of his achievement.

“I was born with cerebral palsy, which affected my psycho-motor faculty. But it did not affect my intelligence. I gained admission into the National Open University of Nigeria in 2010. I chose the course because I had a passion for computers. As a young boy, I liked to play computer games. Also, because of my condition, my parents advised me to study something that I would be able to handle conveniently,” he said.

As a physically challenged undergraduate, he noted, studying computer science was daunting. Every step of the way, he found himself facing challenges, the greatest of which was his inability to walk well.

“The greatest challenge was movement. It prevented me from having access to my facilitators. I was not able to ask them questions about the things I didn’t understand. As a result, I had to depend on my course outlines and on personal research. In addition to this, there was no time. At a point, I felt like giving up,” he said.

Sopeju added that despite the challenges, he was determined to complete his education at NOUN. Grateful that he was not a victim of discrimination at the institution, he acknowledged the roles played by his father, Pastor Victor Sopeju, a former National Youth Coordinator of the Deeper Christian Life Ministry, and his mum, Mrs. Grace Sopeju, in his success.

He urged physically challenged youths to seek higher education, pursue a career and leave the future to God.

“Parents should not give up on such children because of their special needs. They should encourage and support them in every way possible. My parents never gave up on me. If you add up all the money they spent on me to graduate from school, it is enough to finance the education of three or four children up to the university. That is what I call sacrifice,” he said.

Sopeju, who specialised in computer programming, hopes to establish a firm someday where he will impact knowledge and practical skills to others.

Also, he wants to become a motivational speaker and to encourage other physically challenged children to maximise their potential.