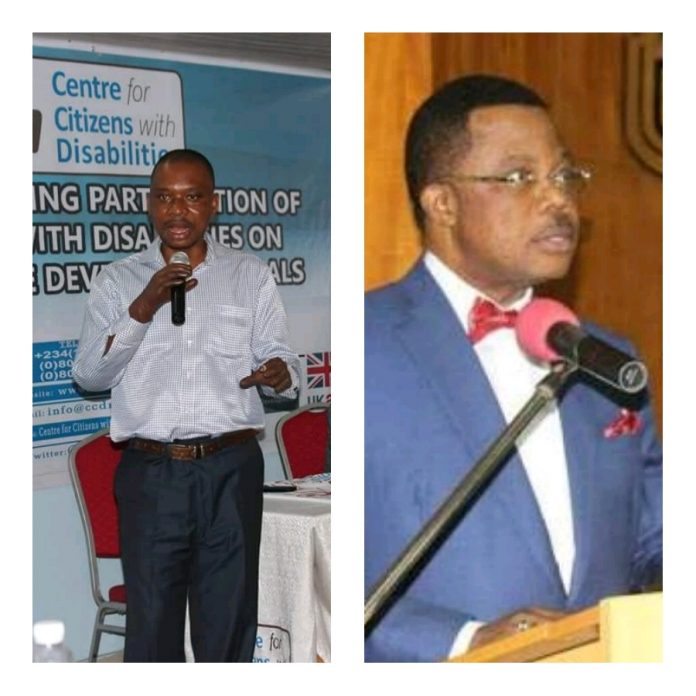 This information was contained in the Centre’s recently published report of its findings during Anambra Governorship election of 2017.

INN could recall that the Independent National Electoral Commission, INEC, had  accredited the Centre for Citizens with Disabilities as a local observer during that election. The accreditation empowered CCD to deploy 45 observers to  the 21 Local Government Areas of Anambra State.

Also contained in the report were recommendations by the Centre which include- a call on Anambra State Assembly to pass the Disability bill, call on the National Assembly to urgently strengthen section 56(2) of the 2010 Electoral Act by making the provision of braille and sign language interpreters mandatory during elections, need for the harmonization of disability bill by the national assembly,  need for INEC to train their staff on Equal Voting Access,  need for INEC to review the location of polling units, among others.

The drafted report also touched on background of Campaign for Equal Voting Access for Persons with Disabilities, which was a platform on which the need to observe elections in Nigeria by CCD, centres on .

Furthermore, some of the activities already carried out on this campaign were the official launch of the Campaign in Anambra State in 2017, pre-election consultations with PWDs and INEC, several media conferences on the campaign, Live Television and Radio Programmes, mobilization of PWDs as election observers in Anambra governorship election, among others.

CCD is recognized by Federal and State institutions as a credible NGO working on disability matters. They have over the past fourteen years sought a redefinition of society’s perception of the plight of persons with disabilities.