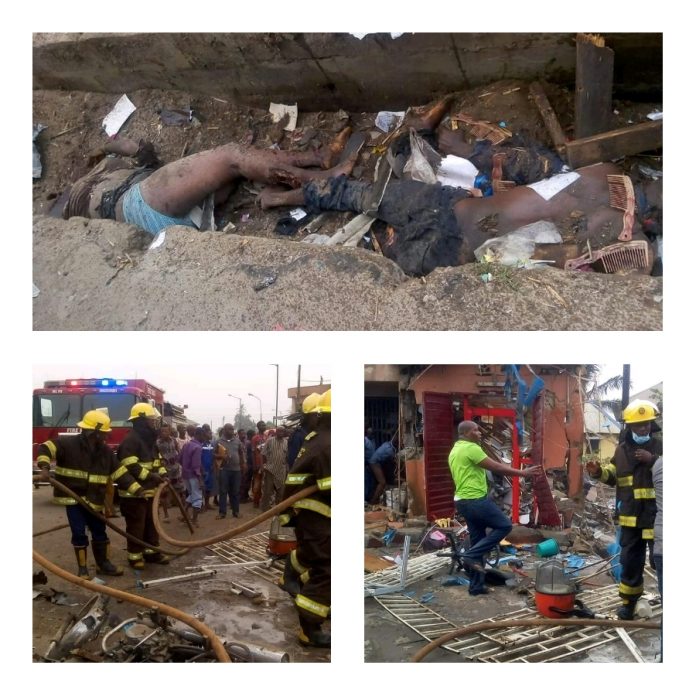 There was an explosion yesterday morning at a local gas retail shop at Iluda Road, Ajara Vetho in Badagry Local Government.

The explosion, which occurred at about 9:00am yesterday morning was suspected to have been caused by excessive heat on the cylinders which were stored in a makeshift shop, source told INN.

The impact of the explosion was so, strong causing the walls of the shop and other nearby structures to collapse. Innocent passers-by fell victims to the explosion ; however the number of casualties is yet to be ascertained at the moment.

According to our reporter, human flesh littered area of the explosion and in nearby street. Two corpses were seen lying in a gutter near by.

A‎ commercial bike rider, popularly known as ‘Okada’ and his passenger were said to have been badly affected by the gas explosion
‎
Men of the Lagos State Fire Service were at the scene , alongside men of the Neighborhood Safety Corps as they battled to bring the situation under control. 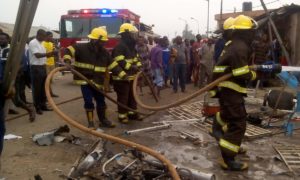 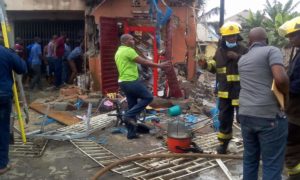 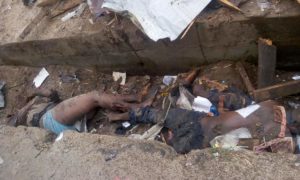 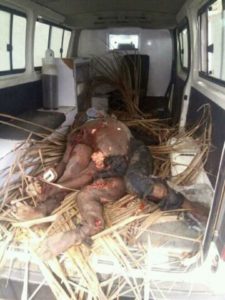 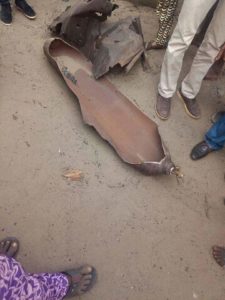