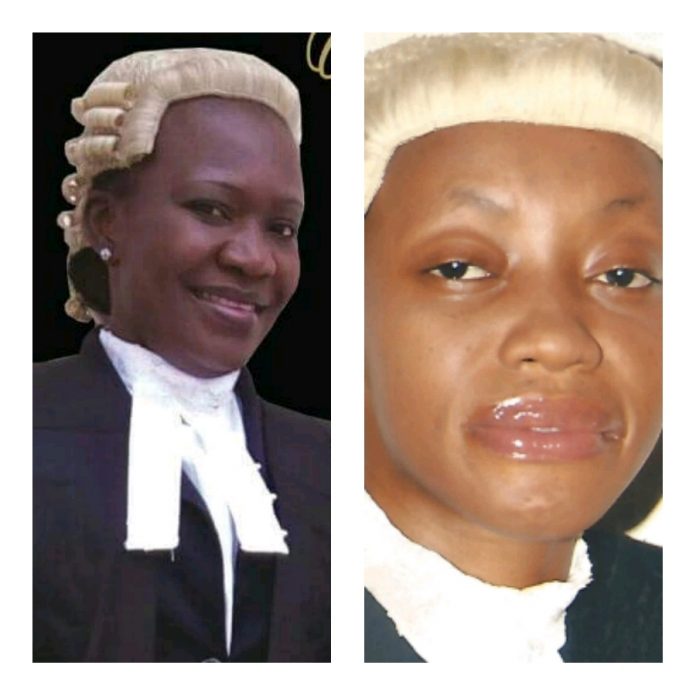 Inclusive news network’s investigation reveals that Barrister Olugbenga Olubunmi Aina was the pioneering first Deaf Lawyer from the shore of Nigeria to be called to bar in 1991.

Meet Bar. Joy Udochi Anthony-Chukwu, the self acclaimed first female Deaf lawyer called to bar in 2007. She takes us down the memory lane of her life experiences and how she managed to hurdle through all challenges before she was called to bar. 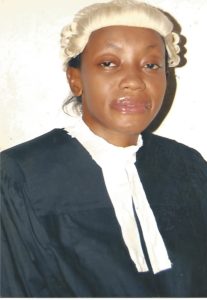 Read her story below:

MY JOURNEY INTO THE WORLD OF SILENCE. (DEAFNESS)

“we all have dozens of turning points in our childhood years, events that often take us in unexpected directions Some are huge – the death of a parent – or they may be sublime – suddenly knowing what you will excel at for the rest of your life”.

I was no exception to the above quote, growing up in a family of eight (8) and as the 5th child was fun until the onset of a prolonged ill health that drastically changed the course of my life. Prior to this stage, I was a goodly child who goes about her life activities like any normal child, not until age 7, when suddenly I had a profound persistent headache that lasted for months and ended up paralyzing my face.

In my mind’s eye as a child of eleven years old, I could recall how I struggled with the image the paralyses left me with. As a child who was jovial and loved to smile, the facial palsy left my face expressionless with the inability to smile nor move any part of my face, as if that was not enough, I noticed I was gradually losing it in the area of hearing. People around me would have to yell or keep repeating themselves severally before they can pass any message across.

LIFE AS A DEAF UNDERGRADUATE

I struggled with this gradual hearing loss until march 2001 when it accelerated, became profound and complete that I cannot even hear a word, nor sound nor speech. When I became completely deaf in march 2001, I have been offered admission into university to study law. People told my parents that they shouldn’t waste time and money on me because I wouldn’t have what to do after they train me and that I am a female child who will also marry and leave the family. But I thank God for my dad Mr. Uche Enyimba who saw my limitations and ignored it and paid my fees until I graduated from the university.

As a deaf fresh man in the midst of hearing people I felt lost. My whole world was crashing in, I felt I was alone in this world as I was away from home.

I will go out early in the morning for lectures, when i have the GST course, I would not know where they term “lecture east”, “lecture west” etc. where the GST. Lecture was holding., I try asking the hearing people but I couldn’t pick what they were saying, most of them were very impatient so I moved about endlessly in search of lecture venue of these GST. Courses until I miss the lecture. At a time, I wanted to give up, pack my things and go tell my parents I do not want to study again however, as God will have it, on the eve of the night I wanted to pack, I met one student by name Ikwuagwu Ekekwe who came with other students and encouraged me. I made my decision to persevere, and that was it. With God helping me, I navigated the waters as a deaf law student and graduated with my set in the year 2005 within 5 years with no slip over.

I owe many thanks to most of my class mates like Lionel Anyanwu Ugoo, Chioma Ehibudu Onyekaonwu, Ahunna alaribe, Osinachi Nwagaga, Nnenna chukwu who at one time or the other granted me permission to photocopy their note books so I could have a glimpse of what was taught in class each day. In the year 2005, I was a law graduate waiting for law school.

LIFE IN NIGERIA LAW SCHOOL:  BWARI AS A DEAF

After I received my statement of result in 2005 as a law graduate, the next step was to proceed to the Nigeria Law School for my compulsory one year (LB) program that will qualify me to be called to the Nigeran Bar as a fit and proper person. Well, while awaiting my posting letter, I was discouraged by what people were telling me to wit: That those who could hear find it difficult to pass law school let alone a deaf person. I met my then project supervisor Barr. Sam Erugo (now Dean, Faculty of Law ABSU) who encouraged me that even the blind pass through Law school with this I braced up to the task ahead.

Another huddle that pooped up was the financial challenge on how to pay up my Law school fees. Well, I put up application to Nigerian Bar Association (NBA) Aba branch for assistance. Barr. A.G.E Nwachukwu was the then Chairman NBA Aba branch while Barr. Innocent Egwu was their secretary as at 2006 when I made my application for sponsorship as a deaf lawyer who graduated in 2005 and needed assistance to proceed to the Nigerian law school Bwari.

While struggling to excel in my studies as undergraduate, I bought textbooks ahead of each new semester/borrow past handouts from my predecessor so I can read ahead of my class and be able to cope.

In law school, just a one year programme, most people were not copying notes, getting notes from fellow students was tough, I was frustrated. I typically bought all textbooks, handouts, read all I could and relied on God to see me through. To the glory of God, I who was admitted into the law school for Nov. 2006 batch also graduated Nov. 2007. Just one year and was called to the Nigerian bar Nov. 7, 2007. So at the point of writing being Dec. 2017, I Barr. J.U Tony-Chukwu (Mrs.), formally Miss. Enyimba Udochi , am ten (10) years at the bar and have been in practice since 2009 with Attorney – General of the Federation Chambers till date and in the year 2016, I officially obtained my Masters in  Law (LLM) from Nasarawa state university, keffi.

This is my story and I hope it encourages someone out there!