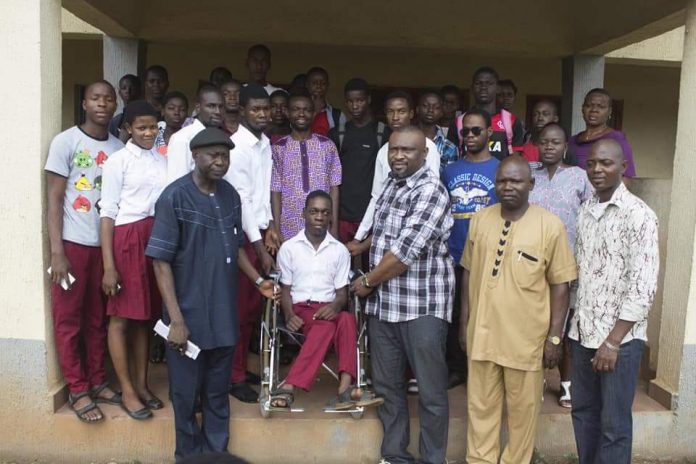 The representative of Oredo East constituency, handed the cheque for the students to the Principal of the School.

The lawmaker who has made this kind gesture a yearly ritual, noted that he is desirous to see that the issue of money does not truncate the education of the students with disabilities. 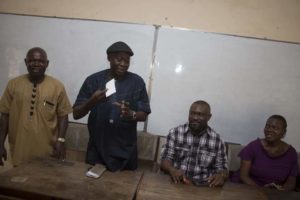 While promising to keep up with this yearly tradition, he said, “I see a bright future in you and as such, I am moved to see that this becomes a reality; that nothing, especially money, prevent them from realising it”.

“I am glad to hear that some of these students that God assisted me to help, are proud student in some higher institutions of learning today.

“I am also using this opportunity to appeal to well-to-do individuals or organisations within and beyond my constituency, to come and assist these students in this regard,” he stated.

The principal of the school, Mr. William Lyekeplolor while receiving the cheque on behalf of the students, stressed that he was moved by the gesture of the lawmaker. 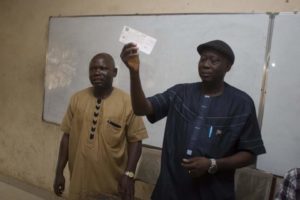 The elated Principal said in his years of teaching and being a Principal, he has never seen an individual with this kind gesture.

Speaking, one of the beneficiary, Uzuakpondu Moses, a visually challenged person while appreciating the lawmaker, said his parents have told him not to bother about WAEC as there was no money yet. While he was thinking of how to raise money, he was told that someone is ready to foot the bill.

Another benefactor Speaking through an interpreter, Otoibhi Samuel, thanked the legislator for the kind gesture, He said he has been hearing about it and is happy to be a beneficiary. 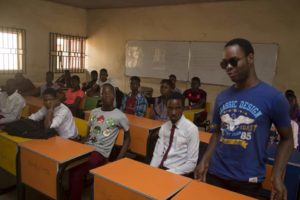 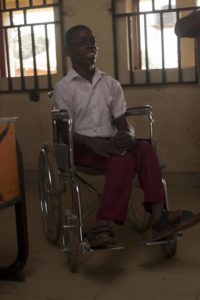 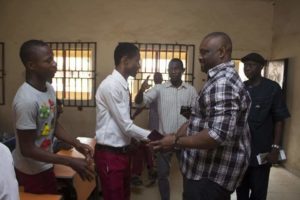 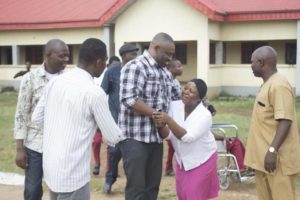 Even Dead Persons Got Appointed but None from Nigeria’s World’s Most...

People Living with Disabilities Must Be Treated as Equal Members of...