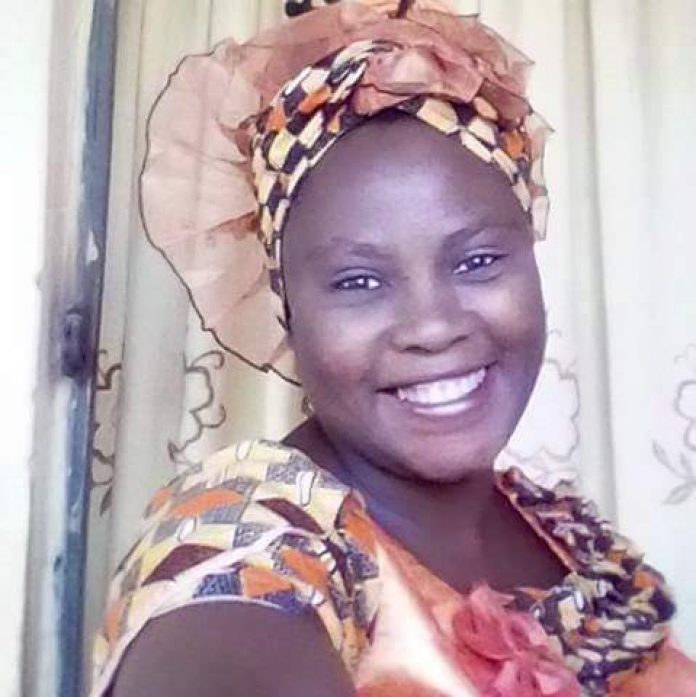 The association of Deaf women In Abuja, in observance of IDPD, charges the country’s leaders to advance the interests of the deaf and other disabled women in the country

Bukola Fakunle, the secretary general of the Abuja Association of the Deaf, has expressed her desire to meet with the President because she has a few things to tell him.

Led by Dr. Irene Patrick-Ogbogu, DRAC recently held a conference supported by Christoffel Blinden Mission tagged ”We Are Women Too” to commemorate the International Disability Day 2017

Bukola Fakunle, the secretary general of the Abuja Association of the Deaf, women wing, however caught the eye at the event.

Bukola Fakunle, the secretary general of the Abuja Association of the Deaf, women wing, has listed two suggestions she would give to President Muhammadu Buhari concerning women living with disabilities, if she meets him.

Fakunle, who was one of the panelists at “We Are Women Too” convened to commemorate the International Day of Disability 2017, called on the president to set up a commission solely for the purpose of advancing the interests of people living with disabilities.

Mrs Fakune is one of those at the forefront of advocating for the right of women living with disabilities.

In her words: “If I have the opportunity to talk to the president on matters concerning our deaf women, the first thing I’ll recommend to him is that he should set up a commission and appoint a woman with a disability in charge of the affairs of the disabled.

“The commission should be responsible for taking care of all our affairs – health wise, social wise and anything that has to do with us.

“When we have a woman with disability heading the commission, we are sure that we would be fairly treated. And if the woman messes up, we’ll know how to remove her.

“Another thing I’ll recommend is that when the government wants to do something for us, they should take time to consult us. We don’t want assumptions. We are wearing the shoes; we know where it pinches.

“We should be part of the decision-making process so that there will be nothing about us without us.”

On her part, the executive director of Disability Rights Advocacy Center (DRAC), Irene Patrick-Ogbogu lamented that women living with disabilities are being excluded in the Nigerian society.

Her words: “All our issues are swept under the carpet continuously. Women with disabilities struggle to be seen. We are invisible. In the society, we are treated as gender-less beings.

“A lot of people consider women living with disabilities as incomplete women. These are the factors that contribute to our exclusion in the society.”

Patrick-Ogbogu is one of the leading advocate for Persons With Disabilities in Nigeria. Photo credit: DRAC

She further stated that women with disabilities are not considered in terms of access to healthcare, adding that they are also educationally disadvantaged and not considered for political positions.

“Nobody talks about how a pregnant woman on a wheel chair will be weighed at a hospital, because we don’t have facilities at the hospital for them. We are not consulted when healthcare decisions are being made.

“Educationally, women with disabilities are among those educationally disadvantaged.

“Politically, look around us in this country. How many women with disabilities do you see in any position, whether appointed or elected,” she said.

Cross section of participants at the conference. Photo credit: DRAC

Earlier, the Director General of the National Agency for the Prohibition of Trafficking in Persons (NAPTIP), Dame Julie Okah-Donli, who delivered a keynote address at the event, stated that prioritizing inclusion of women with disabilities in the society is appropriate “because they are women too and should not be left behind.”

Okah-Donli who was represented by the director, counselling and rehabilitation department of NAPTIP, Mrs Anuforom Eunice, lamented that a department of rehabilitation which oversees issues affecting people with disabilities in the federal ministry of women affairs and social development, is largely underfunded and has no legal standing.

“The department has no legal instruments to pursue its obligations and it is also grossly underfunded making it impossible to provide adequate rehabilitation services, including accessible funds, education and other social services needed by persons with disabilities,” she said.

Emotional Wellness for Everyone II