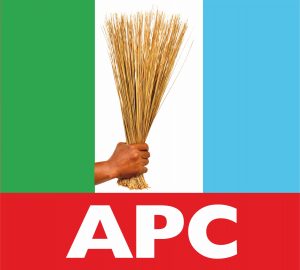 The International Republican Institute (IRI) has commended the ruling All Progressives Congress (APC) for including the People with Disability (PWDs) in the party structure.

The Country Director of the institute Sentell Barnes said this on Thursday in Abuja, while addressing PWD members at a one-day APC-PWD workshop organised by the IRI to strengthen the leadership capacity of the disable organisation.

Sentell noted that the APC is the first party in Nigeria that created leadership positions for the PWDs in its constitution and the first whose government appointed Special Adviser to the President on disability matters.

“This workshop is the culmination of series of IRI activities with the party aimed at implementing the emergence of PWD leadership in the party. At the request of the party, the institute has in the last two years, successfully merged the various PWDs groups in the party and through reconciliations facilitated the appointment of the national leader alongside executive committee of the APC-PWD,” Bentell said.

He assured that his organisation is ready to replicate the initiative in other political parties and ensure that the APC replicate such at the state’ level.

On his part the APC-PWD national leader, Misbahu Lawan Didi, expressed confidence that his party led federal government will be the first to sign the disability Bill, and urged the National Assembly to fast track the process.

“We also encourage the APC state governments to domesticate the law on discrimination against persons with disabilities Bill,” Didi said.

Also, the National President of the Joint National Association of Persons with Disabilities (JONAPWDs) Ekaete Judith Umoh urged Nigerians to play their parts in ensuring the wellbeing of PWDs so as to make government improve on their roles to them.

Meet the Deaf lawyer, who countered Bar. Catherine’s claim as the...