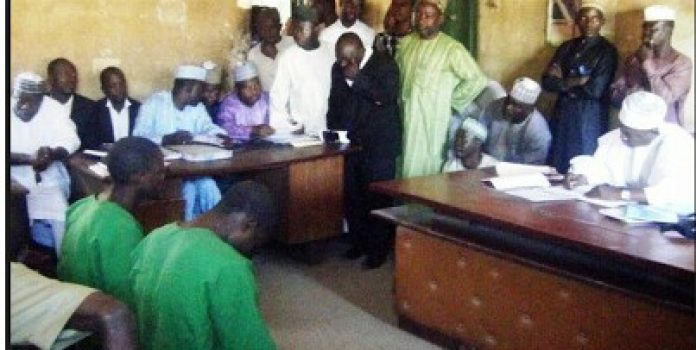 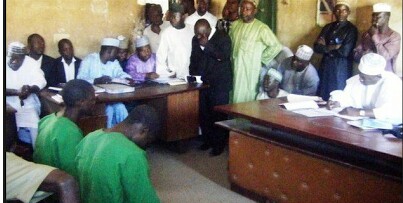 The Niger State Child’s Right Agency on Wednesday facilitated the arrest of a 60-year-old blind beggar identified as Idris Usman over homosexual activities.

The suspect popularly referred to as Bagobiri was arrested while trying to escape from the state when he got the information that the police were after him.
Babogiri, who is from Shinkafi in Zamfara State, was said to have allegedly defiled two young boys. He however blamed his evil action on the devil, saying the devil pushed him into the evil act.
Addressing some police officials after he was arrested,  the blind beggar explained that he pays the young boys between N50 Naira and N150, depending on the availability of resources in his possession.
Babogiri acknowledged that the act was a bad habit not acceptable by God and humanity but said he was pushed by the devil (Satan).
The two victims simply identified as Mustapha, 10 years old and Zangina, 12 years old, in JSS 2 confirmed the incident. They confessed that the homosexual activity had been going on for about one year now.
The molestation of the young boys by Babogiri was discovered when Zangina fell ill and went to Minna General Hospital for treatment. He was reported to have been infected with bacteria in his body sequel to anal intercourse and was referred to the agency for investigation.
The Director General of the rights agency, Mrs Mairam Kolo, said that “when the case is established in the court of law after police investigation, Bagobiri will face life imprisonment or 14 years jail term” as stipulated by Nigeria’s anti-gay law.
She said: “This is a homosexual case with underage just as penal code law stipulates live in prison while Child’s Right Act stipulates 14 years in prison and compensation to the victim”.
She blamed parents for negligence on their part and insisted that they must be watchful over the kind of people their wards associate with. Mrs Kolo further urged parents to questions their kids when they are seen with money or other gifts.

This South Africa-invented device helps the wheelchair-users use the toilet without...